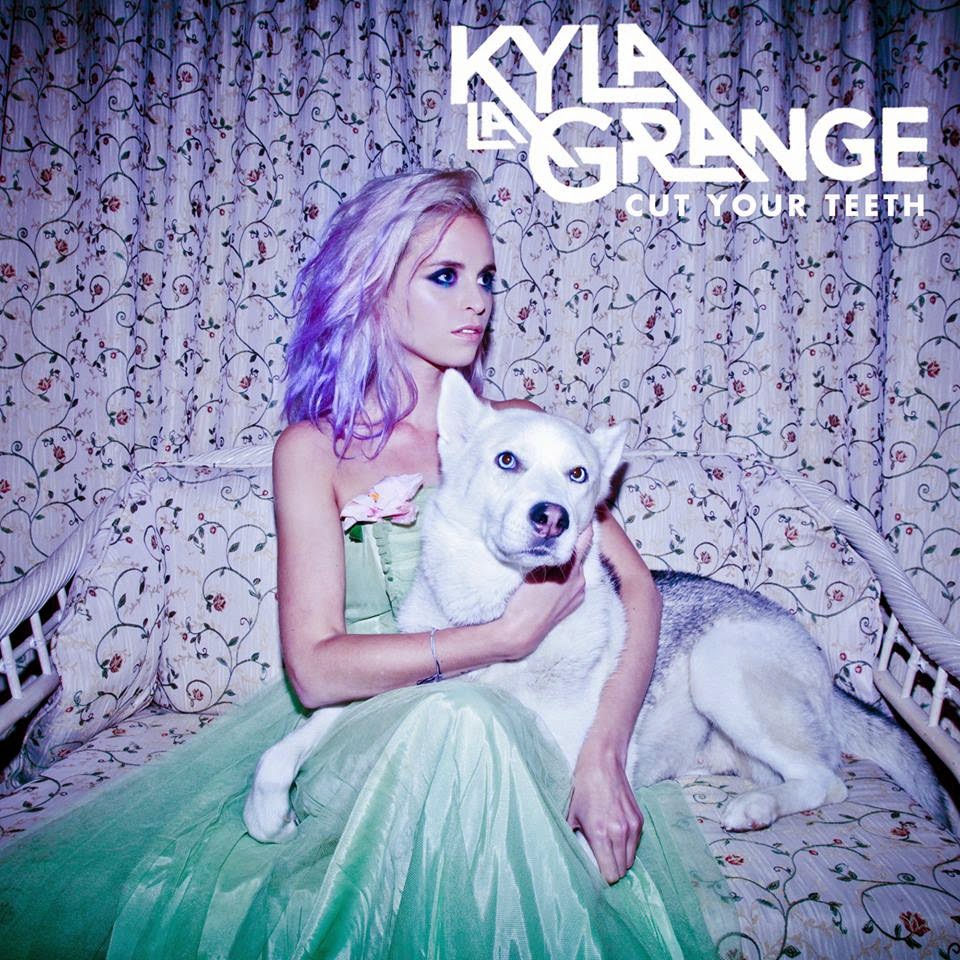 Why am I not just doing a standard album review for this one? Some albums just lend themselves to a track by track and ‘Cut Your Teeth’ is one of those records. An LP that emerges from the ether, entirely unexpected and entirely brilliant – each of it’s ten parts have plenty to say for themselves. It’s also an opportunity to give credit to Kyla La Grange for producing an authentic, beautiful and, at times, heart-wrenching pop classic and to explain to the curious just why they should delve into gore-splattered fairytale that is ‘Cut Your Teeth’.

Cut Your Teeth
Well, this first one is easy as I penned an entire review of the song over at this link. In general – one of the singles of the year, without a doubt.

Maia
Either Kyla has a knack for mind control or just a catchy hook but every bit of Maia begs you to sing-a-long – from it’s earworm chorus to the looping verses and the ‘eh-eh’ middle eight. It all culminates in a fleshed out final chorus that celebrates what is so great about Kyla’s quirky, eccentric but honed creations.

Cannibals
Easily the standout from the opus, ‘Cannibals’ is a trip-hop anthem that Portishead would tip their hats to. Sparse and intense, the verses creep towards a chorus that, even on it’s first listen, feels familiar and warm. It’s also emotionally charged – Kyla’s pure vocals break with passion throughout the delicate hook. By the time it makes it’s final appearance, the mighty chorus has swelled into an enormous pop moment that takes a further few stunning minutes to die down again. It’s a perfectly thought out song that will prove to any doubters that Kyla La Grange is a force to be reckoned with and ‘Cut Your Teeth’ is a defining moment in her career.

I Don’t Hate You
This track begs to be a single. It’s chanted titular refrain sits inside the bouncy, spunky chorus  – one that lends itself beautifully to commercial interest. Every moment is fine-tuned and crafted to secure it’s place as an initial favourite on first listen. The dropout as the hook gets to ready to kick into action is one of many highlights – though the live circuit will probably give extra props to the ‘I. Don’t. Hate. You.’ middle eight that should get the crowd in a bit of a flurry.

White Doves
Lyrically, this one could be lifted straight from Kyla’s debut ‘Ashes’. It is unsettling how her delicate, pure vocals flit over such ominous lyrics as ‘Will you come down to the cellar, where your brothers bones do lay’ and the genius of ‘You kiss me and it tastes so bitter like you see inside my brain’. It’s fitting that these unconventional images pop into your head during ‘White Doves’ as the song itself is the most structurally experimental. No particular hook stands out as a lead but each part is inviting and memorable – particularly the two verses and the infectious middle eight. Definitely one for those that like their pop a little more surprising.

I’ll Call For You
The production on this track is outstanding and the clear standout moment for Jakwob. Not too dissimilar to the vibes in ‘Cannibals’, but with less of a crescendo – ‘I’ll Call For You’ begins as it ends, as a chilled out breather in ‘Cut Your Teeth’. The beats slowly swirl past whilst the beautiful chorus is instantly affecting – whilst there isn’t a big moment at the end, it does come to a head with the minimal intro swelling into a fleshed out finale. I’m also keen to mention the, admittedly small, inclusion of Kyla’s gasps in the first verse that sit loud and on top of the mix – it proves that on a Kyla La Grange record, there’s always the odd surprise to keep your interest peaked.

The Knife
The second taster of the record, ‘The Knife’ earned it’s place as second single thanks to it’s tin-drum curiousness juxtaposing the gentle beauty of the main hook. It is a slow burner, not as instant as it’s predecessor, but once it has you under it’s spell, ‘The Knife’ is one of the moments on the record that will garner the most revisits.

Fly
‘Fly’ is one of the songs that, as a reviewer, is hard to express. The whole sentiment and atmosphere of the song is intensely emotional – from the lyrical subject matters to the trip-hop verses and triumphant chorus. Something that I can explain, however, is that ‘Fly’ feels immediately familiar. From it’s first listen, you have a general idea of where it’s going – but that doesn’t discredit the beauty of the chorus when it finally hits.

Never That Young
Whilst not the most striking track on the record, the bubbling undertones are another example of Kyla’s ability to stitch together a layered soundscape that sounds minimal and beautiful. Jinnwoo’s guest vocals  sit beneath her own, adding a warm bass to the chorus’ vocal lines and continuing the vibe the instrumental effortlessly conjures.

Get It
A testament to the strength of this album highlight is that it feels like it ends far earlier than it should, yet it’s got it all; a couple of revisits to the crafted, soaring chorus, the strongest lean yet towards a commercial pop hit and a sharp euphoric intro that readies you for what is to come. Take it as a negative if you will, but it’s also interesting to see the varied and experimental record end on it’s most clearcut moment. Perhaps it’s Kyla’s way of saying that just because she doesn’t often do a standard pop gem, it doesn’t mean she can’t.

‘Cut Your Teeth’ is available on iTunes.