Track By Track Album Review: In This Moment – Black Widow 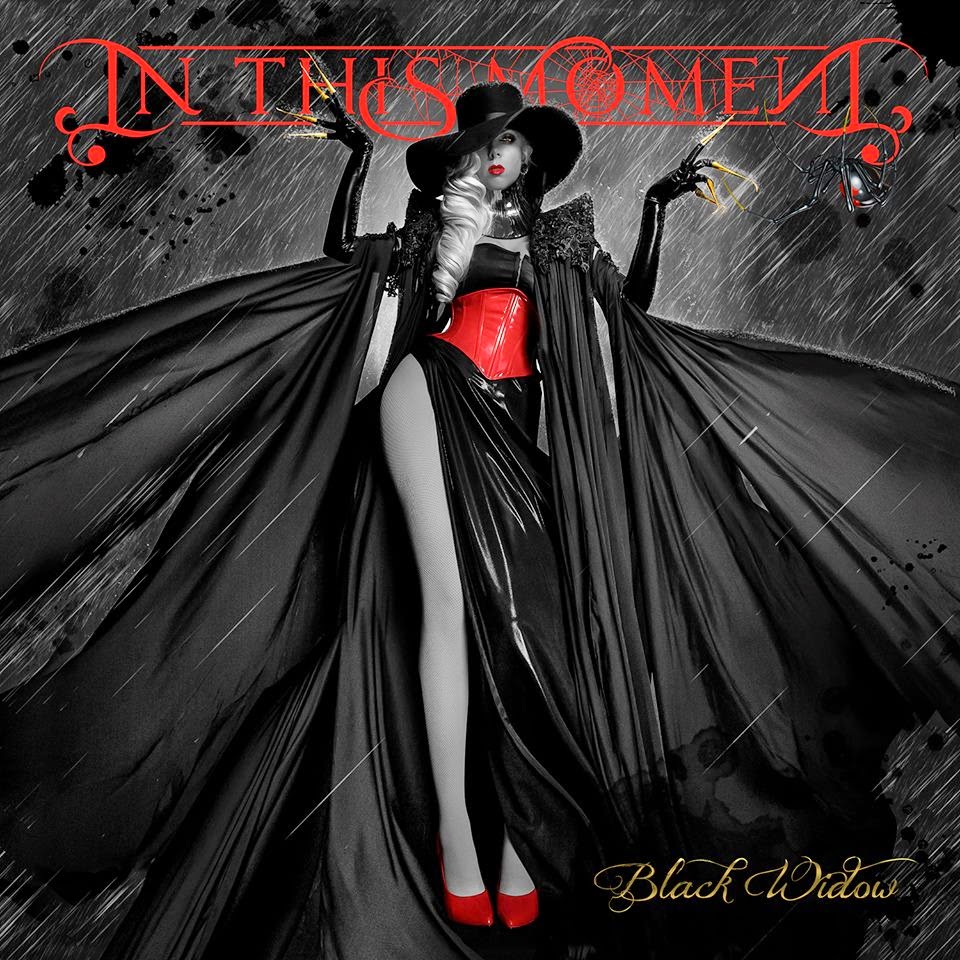 The Infection – Setting the tone. Getting you ready. ‘Blood’ proved that In This Moment are masters of a good interlude and this introduction really does set the scene beautifully for the dark and surprising fifth outing.

Sex Metal Barbie – The first of many incredible titles, ‘Sex Metal Barbie’ is a brave opener in that it isn’t the most instant of the tracks on offer. That being said, it still has hooks-a-plenty and a soaring chorus followed by the jerky post-chorus refrain ‘I know I don’t belong in this scene. Sex Metal Barbie – homicidal Queen’. Maria is on top form throughout ‘Black Widow’ but this tune really goes give her something to get her teeth stuck into as the lyrics are the band’s most defiant to date and take great pleasure in sarcastically referencing the haterzzz.

Big Bad Wolf – The clear highlights from a storming record are tagged together next. ‘Big Bad Wolf’ is the most vicious and brutal track on the album and the way Maria screams that ‘Pig!’ in the middle eight is possibly the best moment in their entire career. The dramatic effect of the ‘even in these chains you can’t stop me’ repetition swelling into an incredible and unashamedly ferocious chorus makes ‘Big Bad Wolf’ the ultimate song to scream along to when you’re feeling particularly frustrated.

Dirty Pretty – And the antithesis of this is ‘Dirty Pretty’ which plays one of my favourite In This Moment tactics – a filthy, rough-around-the-edges verse opening up to a surprisingly anthemic chorus. It is a song that, for whatever reason, really hits you in the ticker and makes my job of describing it all that more difficult. It feels empassioned and that moment when it switches from the Marilyn Manson chugging to an almost euphoric refrain is mesmerising.

Black Widow – Probably the most straight-forward rock tune on offer, the title track begins with an old-fashioned documentary piece about the famed species of spider before the guitars kick in and give another mighty chorus. That is something this record is definitely not lacking – a catchy hook. From first listen, it’s ‘you will love me dead or alive’ lyric will be securely latched to your mind.

Sexual Hallucination – One of the slow-burners on the record, the duet with Brent from Shinedown delivers exactly what the title promises, a sexy romp through six minutes which fly by at an alarming rate; ‘Sexual Hallucination’ sucks you into it’s own atmospheric world. Brent also teaches us that ‘psychical’ is an actual word. No, really! 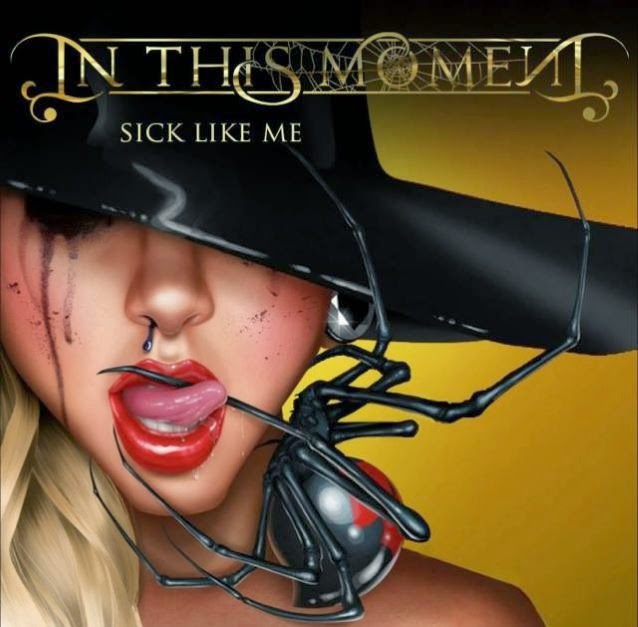 Sick Like Me – In earnest, ‘Sick Like Me’ is a fantastic song that characterises the new sound In This Moment are going for. It is a song that defines them. Having said that, in all the excitement of this fantastic new material surrounding it and the lead single already being a few months old now, it might be one you skip past for a little while. First single curse, innit. That chorus though – it just doesn’t lose any of it’s power.

Bloody Creature Poster Girl – Possibly the most accessible structure on ‘Black Widow’, this  track shows the strength of not just relying on a heavy riff. ITM have proved time and time again they can pull out the heaviness when necessary, but ‘Bloody Creature Poster Girl’ boasts the pop prowess that often underlines their material and, on this effort, takes centrestage. Addictive is an understatement.

The Fighter – Okay, maybe this one is the most commercial. Not meant as an insult by any means, but when it comes to the mainstream, neither the pop, rock or metal crowds can resist a cracking power ballad. It builds and builds until, sonically, it matches the empowering nature of it’s lyrics. One that will go down as a nice weepie in the live set.

Bones – On the other end of the spectrum, ‘Bones’ has a few similar traits in that it crashes into an enormous crescendo of a chorus. It’s haunting horror-movie verses have some gorgeously eerie backing vocals and repetition going on whilst the chorus is a bit more straight forward. The titular refrain in an unexpected post-chorus couplet is one of the heart-stopping moments on ‘Black Widow’. It’s that good.

Natural Born Sinner – Religious baiting is the laziest topic for a rock band to fall back on these days. Highway To Hell. Sympathy For The Devil. Hell’s Bells. It’s very much been done time and time and time again. Having said that then, In This Moment turn it back around and make ‘Natural Born Sinner’ one of the lyrical highlights of the record as it documents modern-day religion and holier-than-thou attitudes within religious circles. ‘Come judgement day, I followed love – can you say the same?’ is such a provocative and relevant lyric and one you might not have expected from a song with a title like this.

Into The Darkness – Now this one is probably not a track you’ll play alone so it’d be unfair to judge it on it’s own, but as a part of the record it fits in nicely in the penultimate position, reaffirming the atmosphere for the evocative closing track. It’s disturbing and may even be difficult to listen to for some, but it does feel necessary to the structure of the record.

Out Of Hell – The exact opposite of ‘Into the Darkness’ in both title and sentiment – this simple piano-vocal finale piece is focused mainly around Maria’s story-telling and the closing mantra of climbing out of your own personal hell. It feels like the perfect track to close an album that is formed on and thrives from passion and deep, wrenching emotion. It’s what set In This Moment apart from a scene that is often all too similar – but it’s also their conviction in doing something fresh and exciting, not just for the fans, but also for themselves.

One Reply to “Track By Track Album Review: In This Moment – Black Widow”