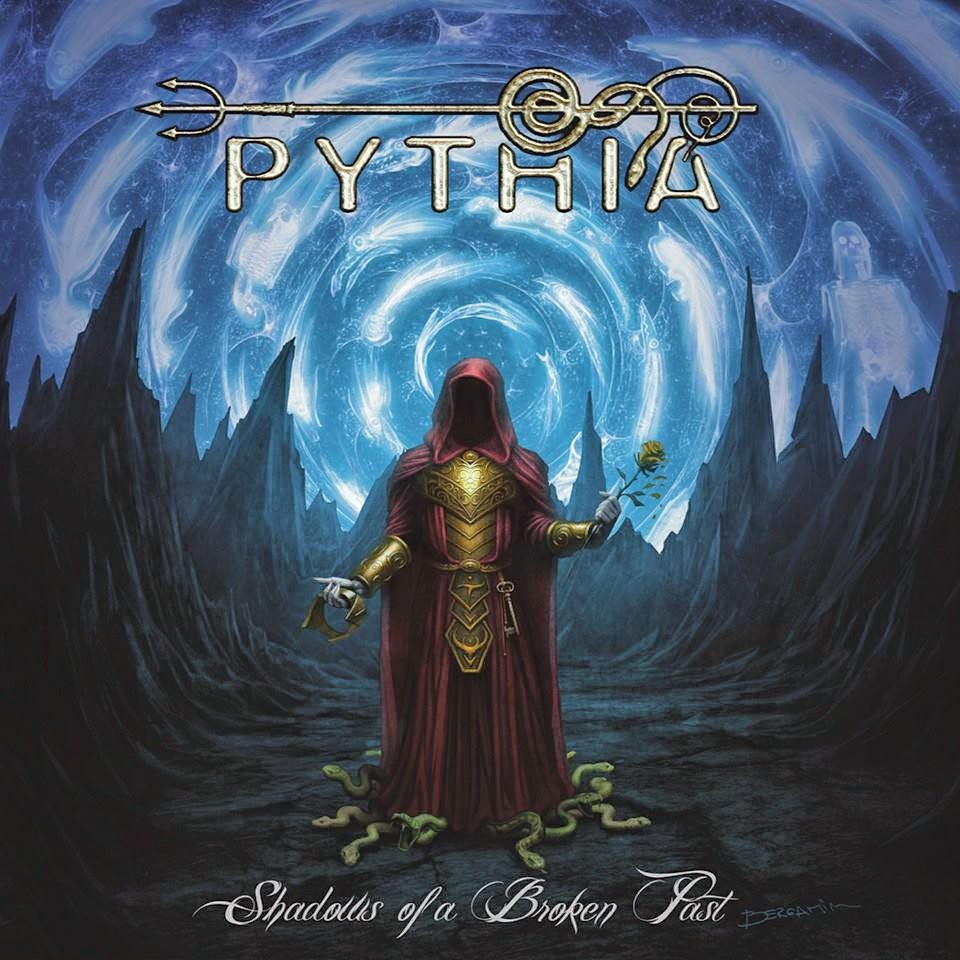 If one thing has been clear from the off, it’s the fact that Pythia have the determination to succeed. Success with the Medieval Baebes was stripped away from frontwoman Emily Alice Ovenden as the metallers began from the grass roots. It’s never easy to start from nothing but with their conviction and vision, Pythia has evolved and developed into one of the leading British female fronted acts. Slowly creeping up bills at festivals and gigs alike and spreading like an infection over the lips of metal fans throughout the nation – any Brit interested in up and coming metal is starting to hear about Pythia. If you’re one of the uninitiated, now is the perfect time as they host their sublime third effort ‘Shadows of a Broken Past’ that has many more decent traits but for the sake of my time and yours, here are five moments of brilliance from their triumphant step-up of Pythia album number three:

1. ‘The Highwayman’ feels like a symphonic Iron Maiden cover, but isn’t. It has a pure metal spirit about it’s lyrics and structure and earns every bit of it’s 7 minute slot on the record. It also pulls out of my favourite tricks – extending the chorus on it’s second run. It’s a pretty astounding chorus too, so it’s definitely worthy.

2. ‘Bring Me Home’ feels like one of the most crafted pieces Pythia have to their name. The sultry, sexy verses tempt and allure whilst the chorus returns to the bands signature with added catchiness and a rousing, soaring finale after the final rendition. It’s easy to see why this one was slotted into their live set early – it is a song that begs for radio play.

3. Whilst tracks like ‘Bring Me Home’ bring a different flavour and delivery, ‘Sword of Destiny’ concentrates on fine-tuning the Pythian sound. War lyrics? Check. Driving power metal riffs? Check. Brian Blessed cameo? Check. It ticks all the boxes but instead of being a tried-and-tested tune that the guys and gal know they can pull off, they’ve upped the quality level quite a bit thank you very much. Stunning bridge and glorious refrain – you can’t ask for much more really.

4. On a general note, you’d probably expect a fair few years in the crazy world of metal to have taken it’s toll on Emily’s operatic vocals. No, sir – quite the opposite actually. Emily’s voice is so strong and developed on this album that, at times, she sounds nothing like the lady behind ‘Beneath The Veiled Embrace’. Kudos to Ms. Ovenden for stepping up her vocals – genuinely thought we were seeing her at her best already but she is full of surprises, folks.

5. Best things last then – ‘Shadows Of A Broken Past’ plays it’s most impressive card first with the mind-blowing ‘The King’s Ruin’ which, alike ‘Sword of Destiny’ continues the path the band started upon with their debut and started to solidify on the sophomore ‘The Serpent’s Curse’. It’s the way the track gives you the impression from the off that nothing is being held back – Emily nails the addictive chorus which is surrounded by some intense and powerful riffs. It’s the material a band usually ends an album with – a swansong of ‘there you have it, that’s what we can do’ whereas Pythia are confident and well-armed enough to chuck it out there right away and not look back thanks to the exceptional material that follows it.