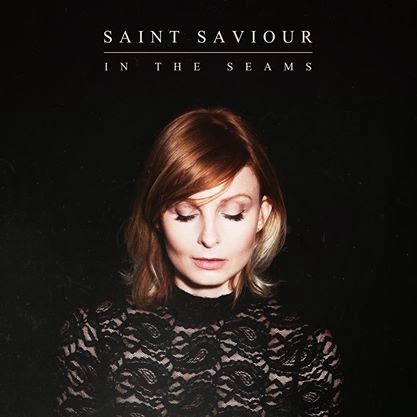 Saint Saviour confessed during her debut album campaign that she had already set out her ambitions for her second effort. Cohesive was the aim and it is one word that defines ‘In The Seams’ marvellously – a collection of stripped-back and emotive pieces that all sound crafted and off-the-cuff at the same time. Narrowing it down for you busy lot, here are three songs that really grabbed me from a genuinely gorgeous album.

I Remember
The Autumnal charm of the lead single from the campaign feels like a nod to the sonically similar ‘Tales of Us’ record by Goldfrapp. It and ‘In The Seams’ are both masters of manipulating subtle beauty and retaining fierce attention despite the simplicity of the arrangements. Weaving a captivating tale with it’s lyrics, ‘I Remember’ is one of many examples of how touching Saint Saviour’s songwriting often is.

Nobody Died
The timeless refrain of ‘Nobody Died’ is a moment that keeps you coming back. Already looking like a firm favourite from the record amongst fans, it is easy enough to see why it’s songbird chorus is so affecting as it swells from the sparse verses and lifts the melancholia into a poignant light at the end of the tunnel.

Craster
A song that literally strikes straight for the heart and succeeds, ‘Craster’ has all the makings of a ballad in the post-Adele climate – soaring strings, tender heartfelt vocals and a genuinely affecting piano part. Poor uninformed Groove Armada fans will be found around the nation weeping over the wireless from the emotional force that exists in most of the songs, but especially in ‘Craster’, and all they wanted was a boogie. Becky, you know how to make grown men cry.