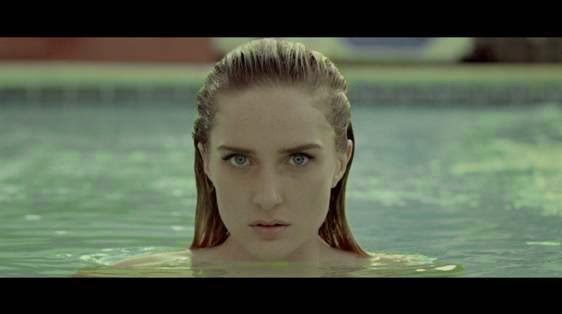 10. Firstly, it has had two amazing titles. ‘The Fall’ which is good. And now ‘Heart On Fire’ which is probably better on the pop front. Never underestimate a title, Indiana evidently doesn’t. Solo Dancing. Bound. Blind As I Am. She knows how to get you ticking from the off.

9. The instrumental in the verses mixing sparse drum beats with sharp, cutting synths and barely-there underlying vocals that swell when the chorus hits. But forget I told you that that will happen – act surprised when it does.

8. The hard-hitting nature of the track gets a slight respite in the middle eight when the titular refrain lift the tone a little. In true pop stylee, it drops out a little bit instrumentally so that a massive kick can be given for the last chorus – but more about that on point 5.

7. ‘Don’t push me ‘cos i’m close to the edge’ perfectly delivers the effective method of one. word. sentences. Indiana cuts the track out before the main hook breaks through – giving it even more power when it does.

6. The way Indiana’s vocals sound like some mystical instrument in the intro. Slighty eerie too, but more in a Bjork-Homogenic way than a Fever Ray way.

5. The moment it all drops out before the final chorus. A perfect moment, during a headline set for her to bid farewell to her audience who think it’s all over before – bam! One more time. Also a brilliantly executed way to give a massive, epic ending to a tune that thrives on subtlety.

4. After the song has finished for the first time and the adrenaline is racing because it really is an emotional spectacle – driving and powerful and beautiful all at the same time.

3. The chorus, which is made infinitely more amazing by the…

2. …backing vocals, which, coincidentally, slip their fleeting notes into a core part of the…

1. …layered vocals in the chorus that are starting to become Indiana’s thing. In one hook she manages to sound commanding, vulnerable and torn thanks to the choir of vocal lines that swell the beautiful into the sublime during ‘Heart On Fire’.

Perhaps the most brilliant thing of all, though, is that Indiana is selling this song on an album called ‘No Romeo’ which can be pre-ordered here.