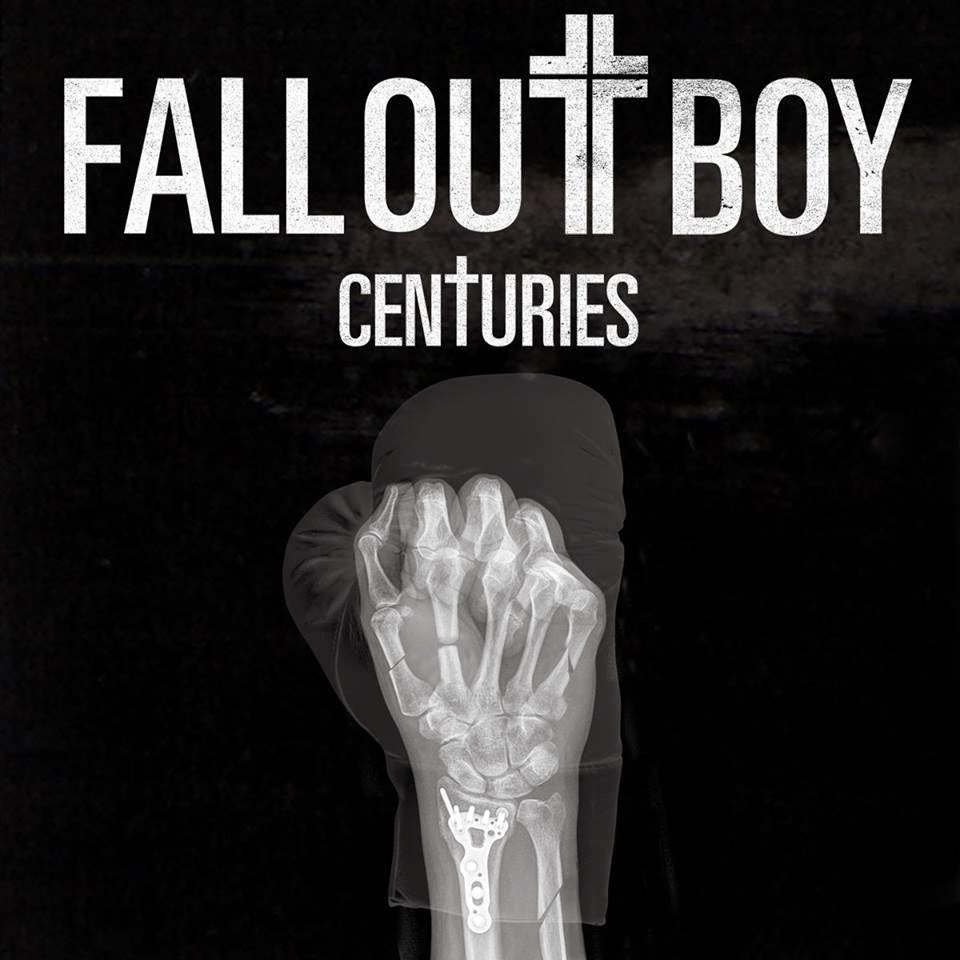 This is a little like a very easy game of Where’s Wally. I say what is so brilliant about the dramatic defiance that is ‘Centuries’ by Fall Out Boy and you listen to the song and find them. The prize for the winner is the opportunity to buy the single. Everybody is a winner, hoorah.

1. There is a brilliant, iconic Suzanne Vega bit that will eventually come to define the tune. That particular moment when it gets played to a festival crowd and the crowd go insane – the track is already prepared for the juncture in which it becomes one of the band’s signature hits. It’s also a bit like the intro to ‘My Songs Know What You Did In The Dark’ which, let’s be honest, was one of the best comeback tunes of the last millenium.

2. If you cut the lyrics, they’d bleed Tumblr reblogs. ‘You will remember me for centuries’ being the most obvious, but tell me you can’t imagine a black-and-white filter of an angsty teen with the caption ‘and you’re a cherry blossom. You’re about to bloom. You look so pretty, but you’re gone so soon’. Probably followed by a ‘reblog 4 reblog’ or whatever the kids are doing these days.

3. The melancholic, anthemic piano is integral to ‘Centuries’. Alone, it’d be splendid but with the forceful production behind it, it sounds threatening and gives a tense vibe to the chorus which is just waiting to blow up, showing that the boys have lost none of their passion for an in-your-face crescendo.

4. Patrick’s vocals were one of the highlights on ‘Save Rock & Roll’ – most notably because they have developed so much throughout the band’s history. More important than the technical stuff though, he is putting his heart and soul on the line with this delivery and it mirrors his standout performance on the previous record. The mighty Stump is a force to be reckoned with.

5. The choral last lyric in ‘heavy metal broke my heart’. It’s the little things that matter, yo.

6. It’s geared, intentionally or not, towards maximum exposure. The vocal lines, the lyrics, the chorus – especially the chorus – are all irresistibly infectious and underline the reason Fall Out Boy have nailed their comeback. Their music has grown with their audience, in size and maturity. Instead of sitting pretty headlining arena dates every few years, ‘Centuries’ readies them for nothing less than stadiums. They are back and they are still killing it.