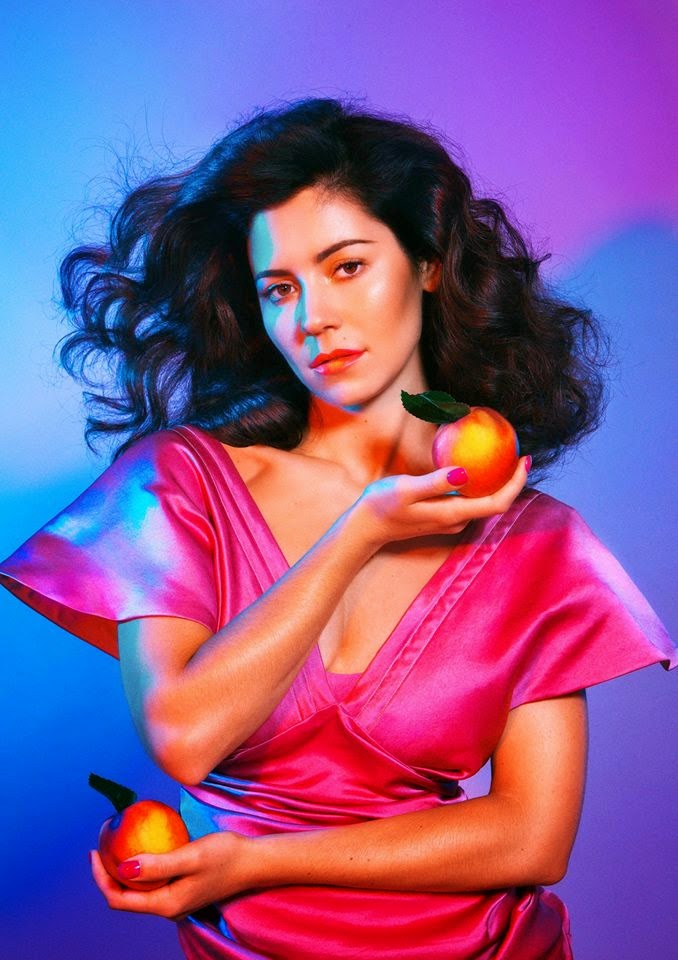 1. It has a Kylie vibe to it. This could never be a bad thing. Little Boots’ ‘Noturnes’ era also springs to mind – a touch of camp but, at it’s core (GEDDIT?), cool pop that doesn’t pretend to be something it’s not. That categorises it a little but Marina’s music has never sat nicely in a little box – ‘Froot’ is no exception.

2. It’s a little bit electro-suave like the bulk of  ‘Electra Heart’ but is ultimately grown from old-school Marina. Whilst it won’t alienate the fans picked up by the breakthrough sophomore effort, it definitely sits closer to pre-debut Marina thanks to it’s pure kookiness and an inability to hold in those ‘ohohoh”s that she does so well.

3. The queen of Tumblr has not let us down on the lyric front, either. There is so much quotable material here, it’s enough to send you into a Diamond-embellished coma.*Insert Gif of Marina looking dazed here*

4. The phrase in the chorus is partly to blame, but sonically the chorus has a tad of Italian melancholia to it. Does that make sense? It doesn’t swell like you expect it to – it’s a subtle chorus initially, but it’s framed beautifully and definitely does it’s job at a memorable and enjoyable hook.

5. It isn’t really that obvious why it’s called ‘Froot’ and not ‘Fruit’, but understanding Marina has never been anybody’s forte, really.

6. Practically begging for a five-a-day endorsement, the song is rife with fruit references. We’re just like fruit, you see – there isn’t a pear in this world that doesn’t want to be a pop song. Marina is helping their dreams to come true.

7. Marina’s real signature is her vocal and it remains gorgeously untouched here – she has a delivery like no other and it is dripping with personality. Her rollercoaster intonation and flips between seductress to matter-of-fact philosopher are quite something. Diamandis, you are a one off. Never change.