I am a big fan of lists and music so in an innovative turn, i’m going to combine the two into one entity – the Top Ten Songs of 2013. Yep, we’re bringing out the capital letters. One song per artist being the only rule, all songs were released in some way or another this year to the best of my knowledge so it’s bad news for ‘Bad Romance’. Another rule is that eligible songs must be brilliant so ‘Britney Jean’ might want to exhale the breath it’s been holding as well. There were loads of close calls – The Saturdays’ ‘Disco Love’ was in this list for a while and Tom Odell’s ‘Sirens’ was also tragically ousted in the later stages. It’s a pleasing final outcome though – ten songs that can boast their ability to define the year – so whilst Tom and Mollie King fight over 11th place, here’s the top ten:

Elton John – Oscar Wilde Gets Out 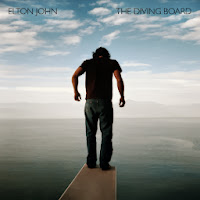 Controversially, we’re starting with a negative. ‘Oscar Wilde Gets Out’ probably shouldn’t have made this list. I was going for all killer 10/10 efforts from start to finish and this track is probably more suited to a 9. Minor, you might say, but in the important issue that is music, this is quite scandalous. The reason the track doesn’t quite make the grade is that whilst it’s chorus is warm and inviting, it just misses out on the emotional or sonic intensity that it seemed capable of. The reason it made it? That small glitch is absolutely tiny compared to the magnificence of one of the best piano refrains I have heard in years. Really. It’s captivating and I still remember the first time that opening hooked played on a BBC special Elton was performing at. I stopped dead, put down whatever I was doing and just listened. Then googled. Then bought ‘The Diving Board’. It’s the stuff clichés are made of but it’s a surprisingly accurate explanation of what this song does to you.

Perhaps I’m’m being ignorant, but ‘It’s Not Me, It’s You’ wasn’t that amazing in hindsight, was it? Maybe half of it was astounding and the rest didn’t age that well. Can I say that? Are the pop police going to allow me that one? I have a pro-Lily paragraph stored, just in case. Anyway, ‘Hard Out Here’ is sublime. Instant, catchy and infectious, it showed just why British Pop had that wave of cross-over potential recently – nothing can beat the sarcastic, witty and non-isolating intelligence of somebody like Allen. She might seem like a brat but I quite like her overload of personality – it’s the exact reason that ‘Hard Out Here’ is such a winner. Leona Lewis releasing it as a lead single might have been a bit more interesting though, eh? 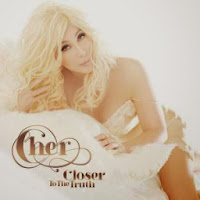 I feel as though I was about 7 years old when Cher announced an impending new album. The seemingly endless wait finally paid off as ‘Closer To The Truth’ made it’s way into the stores – not before stopping off on a few torrent sites, ofcourse. The made-for-gays ‘Take It Like A Man’ and ‘Dressed To Kill’ took a lot of the hype for themselves and all other anticipation was saved for chief leak victim ‘Woman’s World’. Dig a little deeper into the tracklist though and the modest ‘Sirens’ presents itself as the grandiose highlight. A Nell Bryden cover, (Bryden’s version is a little less soaring vocally but just as emotive) Cher’s peers will be hard pressed to find a song that builds into a crescendo as divine as this.
7
Bastille – Things We Lost In The Fire
Bastille blew up this year and rightfully so. Their tracks are incredibly infectious but still maintain the cool factor that sees them sit firmly between the commercial and indie world. They’re the sort of band that get a cover feature on NME and a backpage interview in Teen Now magazine on the same day. ‘Things We Lost In The Fire’ took that genre-defying sound and heaped it with passion but the real highlight are Dan Smith’s gorgeous lyrics. If anything is going to speak to the future about the youth of today, it’s a song like this. Refreshing, innovative but firmly aware of the power of an undeniable chorus.
6
V V Brown – Substitute For Love

If you thought my V V gushing had ended, you were very wrong. It’d be a crime not to include her on a songs of the year list after her tremendous comeback. The only issue I had was choosing which song. At first I leaned towards the singles – the threatening ‘Samson’ that announced a defiant return or ‘The Apple’ that lowered the angst and filled the pop hooks to breaking point. Then, a few added listens to ‘Samson & Delilah’ left me wanting to consider ‘Igneous’ with it’s chugging beats but in the end, the emotional honesty and lyrical strength of ‘Substitute For Love’ proved that stripping things back is the way to go. It is a standout from the record and a highlight of the year – it’s hard to forget the first time you hear Vanessa’s gorgeous tone floating over the atmospheric instrumental. Incredible.

5
Alison Moyet – All Signs Of Life 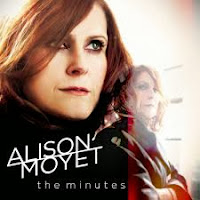 As if things weren’t hard enough, I struggled again to find a song from Moyet’s ‘The Minutes’ that properly expressed the triumph of the record. ‘Changeling’ was the front runner but was eventually eclipsed by the soul-wrenching vocal delivery and massive electronics of ‘All Signs Of Life’. It’s probably the biggest song on the list – it shifts from minimal verses to a smashing chorus. Few artists can command such a beast but Alison Moyet has proved decade after decade that she is more than capable of impressing with her vocal prowess. Guy Sigsworth is the real star of the show, however – his production brings Alison to a younger market and proves why he is possibly one of the greatest, underrated producers working today as every track on ‘The Minutes’ sounds fresh, inviting and a perfect bittersweet mix of emotions from icy cold to familiar and relatable.

It’s always nice to have a popstar that you know will deliver. Gaga might not always be a crowdpleaser, but I’d take her unpredictable off-the-wall pop over the predictable any day. ‘MANiCURE’ gets the honour of representing the hype behemoth that was ‘ARTPOP’ thanks to it’s instant flash of insanity at her iTunes festival performance. Despite being intentionally disjointed and with a foot firmly in the eccentric, it showcases Gaga’s soaring vocals and her rockier influences that rarely get to shine and on top of it all, Gaga places her signature stammer – ‘ma ma ma man cure’ – to ensure that the pop virus she is spreading infects even more casual listeners. It’s weird – granted, but it’s also crafted and a representation of how, just as they start to get used to her, Gaga challenges her mainstream audience a little more.

As my good friend Aled pointed out, Natalia Kills really found herself this year. ‘Trouble’ is a candidate for album of the year with it’s relentless hooks, haunting lyrics and the pure air of pop rebellion. ‘Television’ and the short intro-lude that precedes it is the opening moment and nothing quite defines Kills as well as this does – ambiguity and intensity shot apart from the opening guitar riff that underlines the track. Nothing kicks you in the balls quite like this one and something tells me ball-kicking is the exact result Natalia was aiming for. 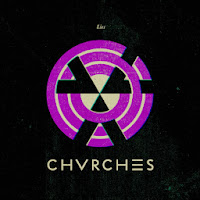 In stark contrast to most of the songs on this list, I first heard ‘Lies’ by CHVRCHES during one of their live sets prior to the release of their debut. I liked it. I liked it a lot. But I didn’t actively go out, youtubing performances of it, eager to have another listen. A few months passed and I played ‘The Bones Of What You Believe’ as I walked through a very busy Nottingham street. ‘Lies’ started almost accidentally on my music player and, captivated, I couldn’t turn my mind to anything else. It shot me back to the moment I first heard it during their show and it was as if the final piece all came together. Rarely does a song manipulate the same kind of magic in the studio as it conjures live, but ‘Lies’ betters itself. It’s all about the production. From the very first seconds to the final beat – it’s encompassing and powerful. Very powerful, in fact. Another contrast is Lauren’s vocals – her youthful twang and girly tone adds the childlike presence on top of a vicious backdrop. In an outstanding debut album, ‘Lies’ manages to raise the bar even higher.

1
Fall Out Boy – The Phoenix

I wasn’t one of those teens that obsessed over Fall Out Boy. I am not one of those young adults that, upon hearing Patrick Stump’s iconic vocals, have fallen back into a nostalgic haze. Ofcourse, I liked a couple of their material; tracks like ‘This Ain’t A Scene’ even managed to survive the overexposure-armageddon that was the rise of emo rock. But we can forget about that – forget about it all. Fall Out Boy are practically a new band. No longer producing slightly-kooky American rock, their punkier side was ousted along with the floppy fringes (though the former did return on the recent ‘Pax Am Days’, so fear not). The boys have updated their sound and shaped an absolutely incredible record in the shape of ‘Save Rock & Roll’. Plenty of songs could have made this list – the evocative title track, the simple-effective ‘Just One Yesterday’ or the nearest-to-the-old-FOB-as-you’re-gonna-get ‘Alone Together’ but ‘The Phoenix’, akin to it’s triumphant title, is the true standout. It’s miles above most of the material you hear from established bands today. It has a thirst and a hunger that proved the hiatus preceding it was essential. The song is a veritable beast – a cacophony of majestic orchestras, ferocious guitars and a vocal performance that proves Stump really is a capable vocalist with a lot of power to his delivery – not even Pete Wentz’s penis could upstage his defining moment welcoming in the final chorus. The bridge, the chorus, the middle eight – especially the middle eight – are all moments of pure genius and ‘The Phoenix’ is the perfect song to welcome back a refined, refuelled and reloaded Fall Out Boy whose target audience just got a whole lot bigger.