Single Review: The Saturdays – What Are You Waiting For? 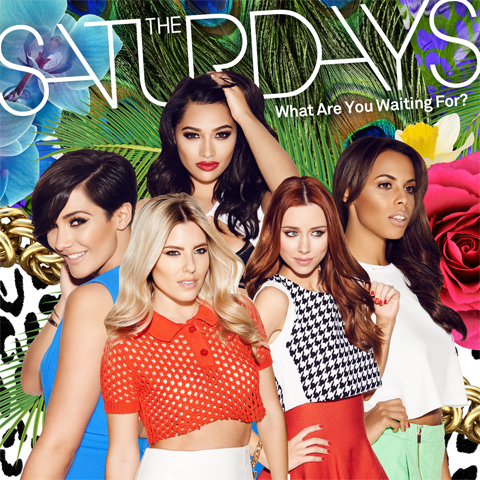 Through their relative highs and plethora of lows, The Saturdays have become the underdog of the girlband, nay, the pop circuit in general. Somebody upstairs is certainly looking down on them – after ‘If This Is Love’ was a slight success and The Sats were set to disappear into the nothingness alike most girlbands with a reasonably well received debut (Girls Can’t Catch, Parade…), they churned out the incredible ‘Up’. When the Wordshaker campaign failed spectacularly, the flaw-free ‘Headlines!’ EP gave them their momentum back. On the Sats rollercoaster, we recently hit a bit of a dip with the not-exactly-Grammy-Award-winning Living For The Weekend, so as is customary, we’re on to a winner with it’s follow up. Quick, enjoy it whilst it lasts!

‘What Are You Waiting For’ is delightfully noisy. It’s banging and sounds like a remix but isn’t. That is a very good thing because ‘All Fired Up’ sounded a bit like a remix but wasn’t. In fact, the song is in a similar vein to the anthemic ‘All Fired Up’ – it has more infectious choruses than most bands have in their career, a club-vibe with a ready-for-radio edge and lyrics that say practically nothing but would look quite nice under a Facebook photo of of a pre-teen downing a bottle of VK.

The song literally throws it all out there. It’s almost tiring in it’s uptempo-ness which, let’s be honest, is everything you want in a dance-pop track. It’s invigorating which is something a lot of The Saturdays’ tracks try to do, but only the best have pulled off. Geared perfectly towards the summer season, it wouldn’t take much of a push for the track to become a massive hit for the girls. It’s certainly playing to their demographic, following on from the success of recent banger ‘What About Us’. The Sats have found their niche and, if the tunes are as full of life as this, there isn’t much reason for them to stray too far from it.

Spearheading the great hits campaign, it’s a perfect candidate for demonstrating The Saturdays at their best. It is the next step up from the On Your Radar single campaigns but packing a lot more personality than the last two albums managed to muster. As a band that are undeniably singles-based, this greatest hits thing is easily the best business decision they’ve made in their careers and ‘What Are You Waiting For?’ serves as a welcome reminder that, they may not be as defining as their acclaimed predecessors, but The Saturdays do a pretty stellar job at this pop malarkey.

2 Replies to “Single Review: The Saturdays – What Are You Waiting For?”