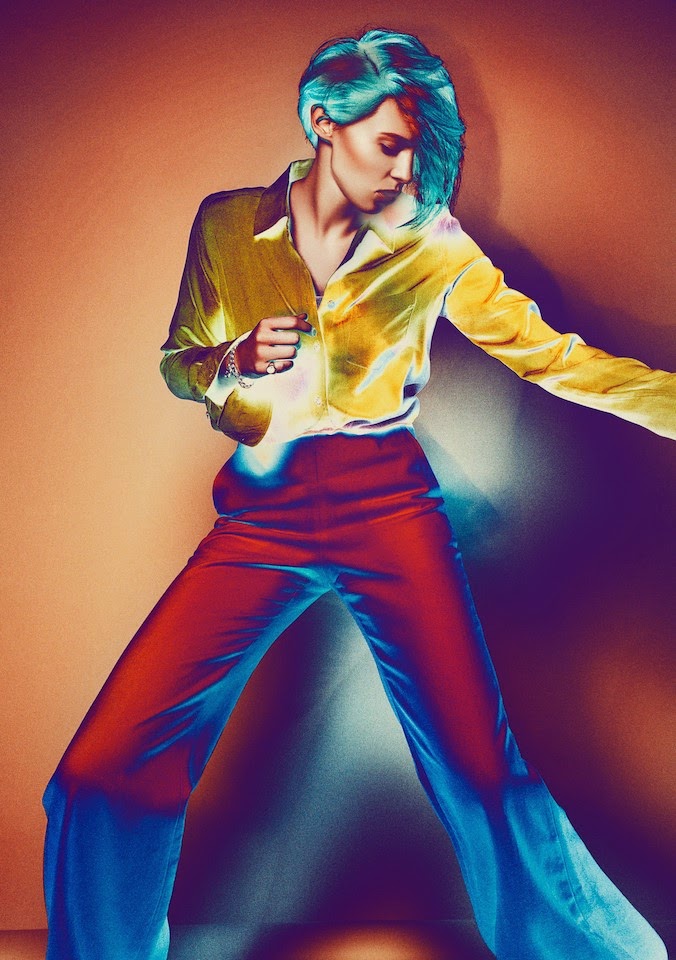 Everybody has an opinion on La Roux. In fact, everyone seems to have a passionate opinion on La Roux. Their self titled debut burst onto the scene and provoked one of my favourite responses – initial dislike into eventual adoration. Elly’s signature wails are as divisive as Burton-on-Trent’s biggest export – as they charmed and repelled on massive international hit ‘Bulletproof’ and breakthrough gem ‘In For The Kill’, La Roux had become one of the few acts that successfully walked the commercial and indie tightrope perfectly. As well as that feat, they also triggered a revival of 80’s synthpop – bringing it back to the forefront of mainstream music. Then they disappeared.

Five years after their debut, ‘Trouble in Paradise’ has been pencilled in for a July release. Ahead of it, we have the single ‘Let Me Down Gently’ which, as it’s title suggests, is a mid-tempo welcome back to the duo. The sound is still gorgeously 80’s but Elly’s voice is a lot more toned down – her backing vocals on the outro giving some more authentic realness to it’s old-school charm. It all begins as a pleasing sombre affair with a buzzing synth waiting to burst out and turn the whole thing into another ‘Bulletproof’, but subtle growth is the deal with this track and you’ll have to wait two and a half minutes for the tempo to lift.

The chorus demands a little more effort from the listener – it isn’t as obvious or as clear-cut as we’ve come to expect from La Roux, but it’s still affecting. The song manages to be unpredictable without isolating the radio audiences. It’s real standout trait, though, is the instrumental that takes the duo to the next level of nostalgic pop. The guitar weeps gorgeously throughout the finale and after the drop midway through – it tailors class and atmosphere that is rarely conducted with such apparent ease.

We’re only dealing with one track, ofcourse, but the song shows a calmer side of La Roux. The single choices from the debut were all rather frantic – not a bad thing – but ‘Let Me Down Gently’ is more concerned with the gentler sparsity of the ‘Armour Love’s of the album. As a song, it also feels a lot more coherent. The best thing about ‘La Roux’ as an album was that it had the commercial side to it, but it felt experimental and a little like Ben and Elly were having fun trying kooky ideas out. Hopefully ‘Trouble in Paradise’ will continue the fine-tuned path of it’s single to some extent, but still manage to retain the innovative touches that helped shape them as leaders of a pretty big movement in pop.