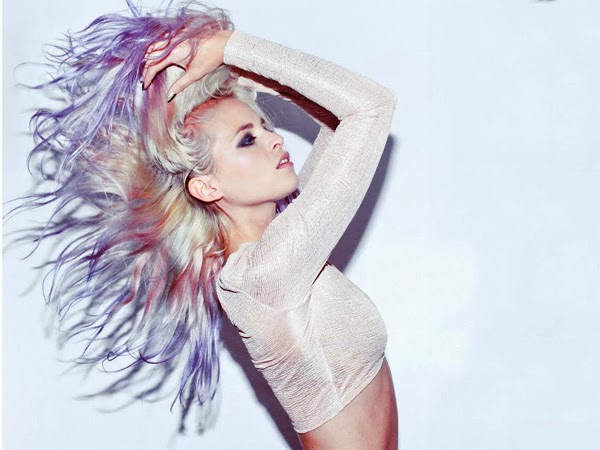 Kyla La Grange’s return to music is very welcome. You might not have been aware of her debut album ‘Ashes’, but it gave birth to more cataclysmic crescendos than you can shake a stick at (the climax of ‘Courage’ still leaves me breathless). She isn’t all about hammering it home though, the album also hosted the minimal but unforgettable ‘To Be Torn’ – a song that proves a much more suitable bedmate for her new single ‘Cut Your Teeth’. Opening like a Cyndi Lauper ballad that never was, it is a much more subdued affair, which Kyla has proved she does very well, but most shockingly – it has bid farewell to the jangly guitars in favour of Jakwob’s slick production.

Part of me wants to exaggerate how drastic the change in sound is – but upon repeated listens, it becomes clear that the electro-edge is, in fact, the only thing that wasn’t already present in past material. Beneath the bubbling beat, Kyla’s signature cries add a sinister edge to the tune – they set ‘Cut Your Teeth’ apart from being just another electro-pop song. Naturally, Kyla’s distinct vocals also take it out of the realm of predictability – she is quite aware that her trump card is the breathy delivery that brings a wealth of emotion to any arrangement it adorns.

One thing that has remained constant is Kyla’s lyrical prowess. She may have a soothing voice, but what she’s actually singing is often quite disturbing. As it’s title suggests, ‘Cut Your Teeth’ seeps with subtle angst, a relatable message with a vicious edge and haunting vocal lines that frame them perfectly. ‘Break your bones and cut you up and never let go’ she utters in a trance-like state during the middle eight – it may be a lot poppier, but it is still keeping a foot in the field of left.

It shouldn’t work, really. Kyla’s voice was so well tuned to the atmospheric rock she was producing; it was raw and honest, a lot like the music. Now, however, it’s a different beast. The antithesis of the warm electronic elements against Kyla’s dark edge is not something you’d piece together initially, but thank God that somebody did. ‘Cut Your Teeth’ is not what we expected, but it’s a visceral bloom that is as bright and inviting as the song itself.