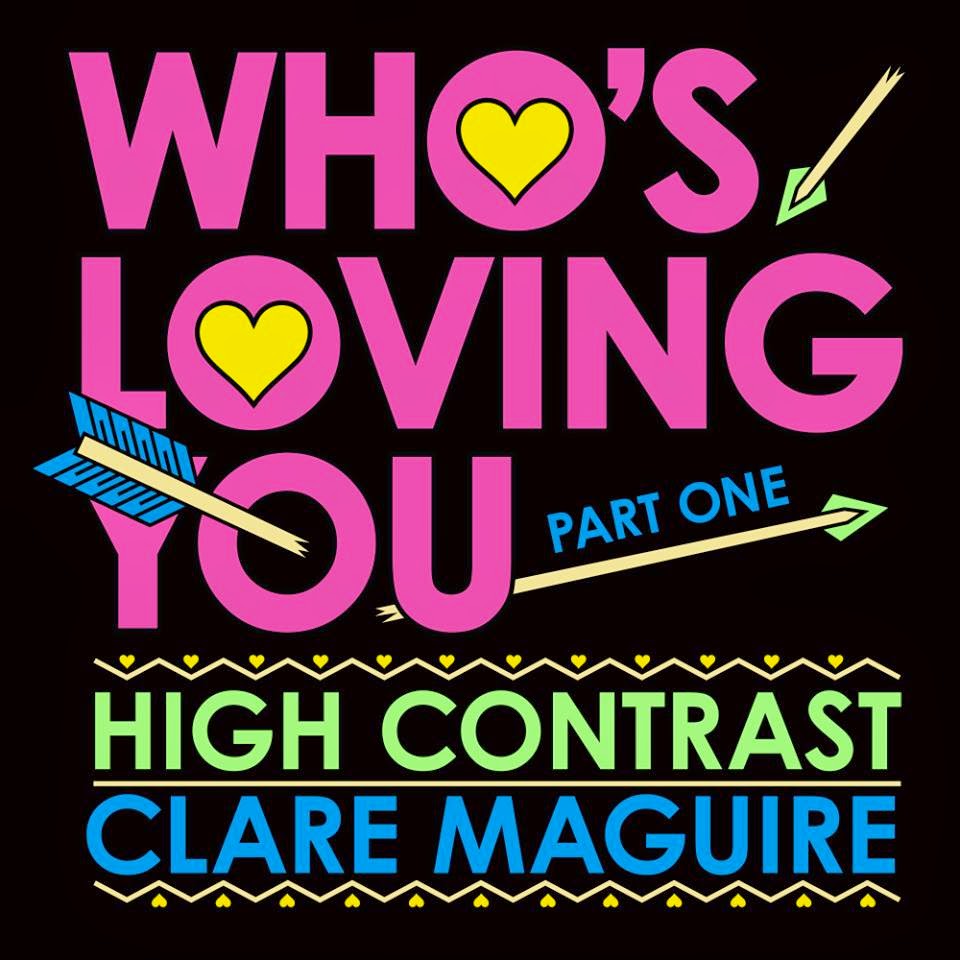 There is an ethereal Kate Bush vibe to the verses of the new High Contract single ‘Who’s Loving You’ that doesn’t quite prepare you for the drop in the chorus. It’s this contrast (excuse the slightly-intended pun) that makes Lincoln Barrett and Clare Maguire’s new single peep it’s head high above it’s peers – this isn’t just another dance tune with a guest vocalist, it has plenty more to boast.

The swooping vocal lines, the enormity of the piano part and the delicate strings work subtle charms – they provide the more organic side of things but swell thanks to the trademark style of High Contrast. Barrett’s drum and bass arrangements lend themselves perfectly to the emotional swell of the track and it’s lyrics – he has a sensational ability to master absolute euphoria (‘The Agony and the Ecstasy’) and heart-wrenching melancholia (previous Clare Maguire collab – ‘Almost Human’) in a similar way that Clare has exemplified in her own career.

Any review on a Clare Maguire single requires a paragraph in itself about how immense her vocals are. She belts out the chorus and, amidst breaking with passion, gives one of her best vocal performances to date. Her gift is her ability to harness absolute power and fragility – artists like Sia and Florence + The Machine have risen through the ranks proving that a voice seeping with emotion topples a technically sound chanteuse thesedays. Worryingly for her peers, Clare contains both of those qualities – her lower register is something incredible to behold as she carries it with apparent ease. It’s easy to see why artists are lining up to have her singing on their tracks.

‘Who’s Loving You’ is a crossroads for High Contrast and Clare Maguire; it’s a song that brings together the best of both artists. They don’t compromise on their own abilities – though if you do fancy a little more Lincoln in the mix, check out Part 2 of the track -but in their gorgeous mix of atmospherics and electronics, the song becomes a sublime mixture of two artists cultivating a work of utter brilliance.