Single Review: Evanescence – What You Want 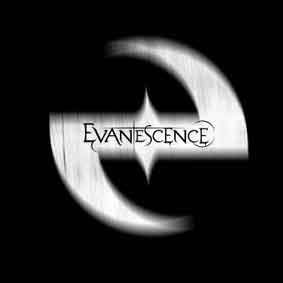 “Hello, hello, remember me?” a familiar voice teases. From the pounding drums duetting with the memorable voice of Amy Lee, the opening of ‘What You Want’ is likely to bring all those teenage memories rushing back as Evanescence mark their return to music.

So is ‘What You Want’ as heavy as the album is said to be? Not quite. It’s rockier than most of the bands previous singles though and the chorus, which has a strong Korn vibe to it, is a hammering mixture of chugging guitars, crashing drums and sharp strings. Hold out for the piano lead in the bridge and middle eight however when the bands signature strings and keys come back with a vengeance to challenge the rockier sound that the band are providing.

Many may argue that Evanescence isn’t Evanescence without the stirring vocals of Amy Lee. Needless to say, she remains one of the strongest rock vocalists after her performance in ‘What You Want’, flitting between sensitive, powerful and playful with ease. It’d be wrong to ever say that the contributions from other band members (particularly David Hodges and Ben Moody) weren’t important, but it is the voice of Amy Lee that gives Evanescence their niche within rock and it’s those vocals that elevate their music from just another rock band to the success story they have become.

The only genuine criticism that you can throw at ‘What You Want’ is that it fails to be outstandingly innovative. But only one band can perform the nu-metal tinged gothic rock that Evanescence produce so this track sits beautifully amongst their back catalogue and perhaps the upcoming album will up the innovation levels a little. ‘What You Want’ is full to the brim with hooks and riffs so it shouldn’t be a problem to get yourself hooked on Evanescence once again.