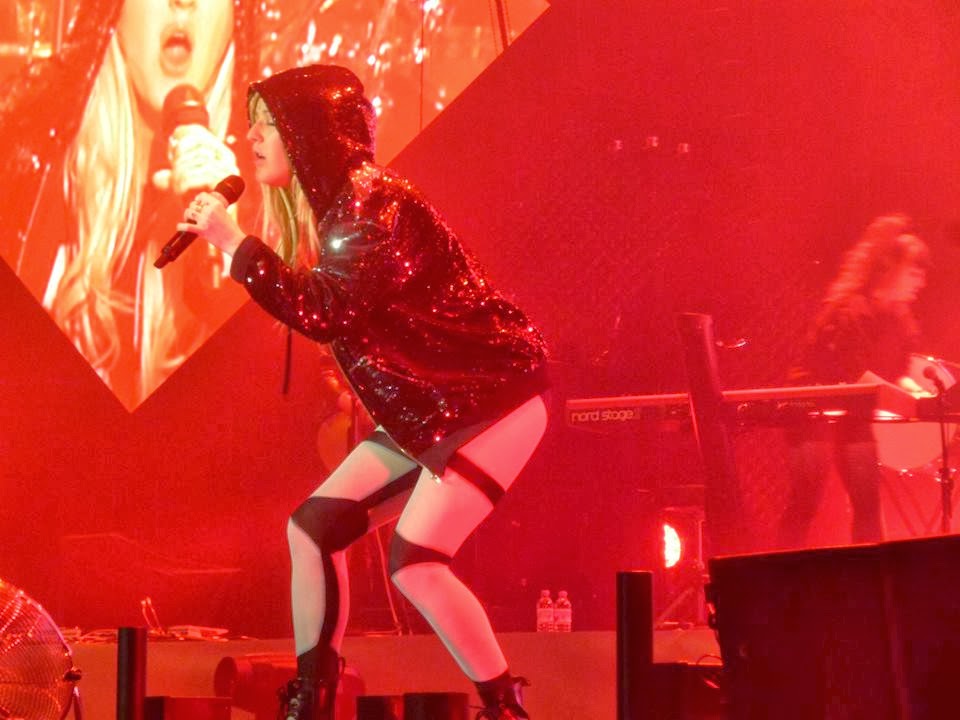 Watching Ellie Goulding’s rise has been interesting. She has had a handful of smashes now – from the ‘Starry Eyed’ days to her recent number one single with ‘Burn’ so perhaps I’m crazy for thinking it, but I never did see her scaling the heights of an arena tour. From NME sweetheart making slightly mainstream indie music to pop diva making slightly indie pop music, the transformation, musically, has been quite linear but as ‘Halcyon Days’, her latest re-release proved, it’s been enough to take her straight to the top of the Radio One playlist. Rumour has it, she once burped her way through a Live Lounge cover of ‘Gangnam Style’ and Fearne Cotton still certified it ‘amazing’. Ellie Goulding is the nation’s sweetheart and as long as she doesn’t have her own Gamu-gate, arenas will soon be at the bottom of her list of successes.

This isn’t a set geared towards crowdpleasing though. Two songs in, Ellie is already lifting from the bonus tracks – ‘Ritual’ is the song in question and it comes out fierce and fresh questioning why it was never included on the record. ‘Bright Lights’ track ‘Animal’ also gets treated to a live appearance and sounds at home neighbouring the dance-pop of ‘Stay Awake’ – the two sit beside debut single ‘Starry Eyed’ which is preceded by Ellie pondering if anyone remembered the early hit. Strangely, they all confirmed that they did know the obscure song dug up from the footnotes of pop history. Personally, I’d never heard of it.

‘Tessellate’ signals the downtempo tracks. It’s chilling and sharp – live, it really helps you appreciate the intricate beauty of the Alt-J cover. The ballad section does go on a little bit though. After ‘Tessellate’, we get treated to an acoustic rendition of ‘Guns & Horses’, the piano-man Chris leads ‘Your Song’ before diving straight into the audibly well received ‘How Long Will I Love You’. As if that isn’t enough to sway you into a coma, ‘The Writer’ and ‘Explosions’ ensure the return of pace is very steady. Then again, you can’t blame her for having so many notable slow tracks – every song would have been sorely missed by an arena crowd had it not been performed. So I’ll let you off Goulding, but only this time. 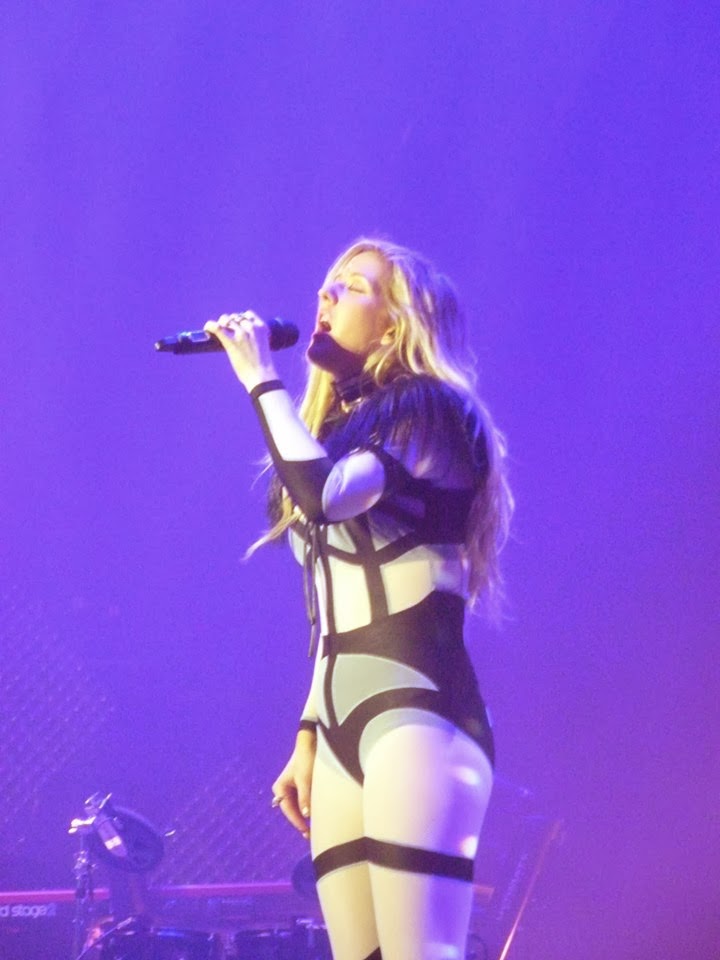 A testament to her plethora of tunes is the fact that the set flies by. The moment the ballads are done with, it feels like seconds pass before the inevitable closers are churned out. ‘Anything Could Happen’ has finally found venues that reflect it’s enormity and the generic ‘I Need Your Love’ sounds revitalised as the arena shifts into fully fledged club mode for a couple of minutes. Sandwiched between the slowies and the fasties, a short run through of ‘Lights’ album tracks provides a little nostalgia and look back at how far Ellie has come. ‘This Love (Will Be Your Downfall)’ and ‘Everytime You Go’ were once signature moments in her set and, even in their snipped form, have a rightful place onstage tonight. ‘Salt Skin’ and it’s foreshadowing of the ‘Halcyon’ record thanks to it’s crushing drums and haunting backing vocals feels even more at home tonight though and gives way to the jaunty charm of ‘Only You’.

The issue many had with ‘Halcyon Days’ is that it didn’t feel very much like Ellie Goulding. Whilst ‘Halcyon’ delved deeper into the ambiant and leftfield, it’s re-release brought it firmly back to the mainstream with a mass of relevant producers. It did the job of securing her a place headlining an arena tonight, but it does feel like a means to an end. Tonight’s encore lifts two of the best songs from the additional tracks and the two that have a firm Goulding stamp on them. ‘You My Everything’ and ‘Burn’ get the rapturous response they deserve and, as well as keeping the casual attendees pleased, it gives hope that whilst she may be a household name though, Ellie Goulding won’t rest on playing things safe in the future.