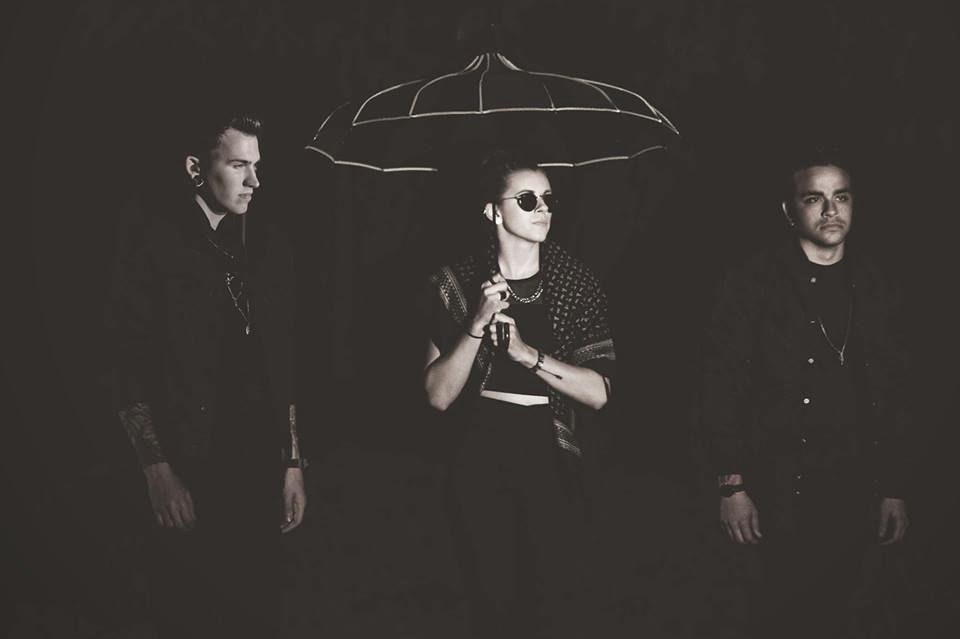 Yeah, yeah, i’m a bit late to the party with this one, but once in a while there’s a band that jumps out at you and you have to fashion some way of talking about them just so you can purge yourself of the excitement they fill you with. Hailing from Massachusetts, the not-actually-French Pvris (or is it PVRIS?) are spearheading a sound that sets them apart from their alt rock peers whilst finding a welcoming home in their publications and fanbases. Clever move, lads and lass.

Late last year, they offered up one of the most invigorating and modern rock tunes of recent years with the mighty ‘My House’ – starting out like your standard electro-dance tune, it’s all gorgeous female vocals and swelling beats. Then the chorus hits. Unashamedly rock, it sounds infinitely more powerful juxtaposed with the verses which don’t even hint at the drastic switch they precede. Lyndsey Gunnulfsen, the versatile and massively talented vocalist at the helm of PVRIS, brings forward a delivery to match as she shifts from the purity of her opening vocals to the power in her raspy take on the chorus.

‘White Noise’ is a sublime digital ballad that sits back and lets the music conjure the dramatic atmospherics. It sits confidently on the poppier edge of their sound, but if you do fancy another merging like ‘My House’, the first single from their record ‘St. Patrick’ pulls of similar techniques to an equally as successful result, as does ‘Mirrors’ with it’s haunting recurring chants. ‘Smoke’ puts a rockier edge on a midtempo and feels like an older sibling of the title track. Check out the lyrics to ‘Holy’ too – particularly relevant and pulled off in a clear, concise way and sounding poignant without drenching the message in metaphor.

Fitting things into boxes is the unspoken duty of music journalists, but I’d be reluctant to do that with PVRIS. The electro fans should get on board with this – it has the euphoric shifts in sound that makes their genre so special, but the rock fans are going to eat this up as well. It sits between two worlds and doesn’t sacrifice any of the charms of either. They might have slipped under the radar on the Sound of 2015 polls, but with their stunning debut record only just starting to make waves, I’d suggest that they could be a dark horse and, given the right push and attention, one of the success stories of the year.