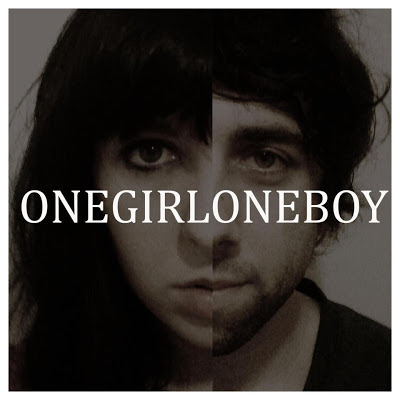 I’m not sure what he did, but as Jake Bugg broke through onto the mainstream, all the talented folk of Nottingham seem a lot more eager make themselves known. OneGirlOneBoy are a duo coming to a local support slot near you and have already started garnering attention with their stunning stage show. Natasha Miller and Chris Howarth are the two responsible – aided by a guitar and a few electro snippets and backdrops to piece the parts together. Considering they are only just starting out, the standard of their output is, thus far, flawless.

Debut single ‘If This Is Love’ sounds like Blood Red Shoes mixed with an enormous dose of darkness – check out Natasha’s sultry, yet threatening, vocal delivery on the verses but the almost-celebratory chorus, at odds with the pretty grim subject matter. It provided the biggest sing-a-long moment of their set so far, as the pair are never afraid to wallow in the unbeatable ‘Who-o-o-a-a-h’ – a lyric that everybody can join in with. ‘Cut Me Deep and Run’ approaches things in a similar fashion with it’s brooding guitar and crowd-friendly hook.

‘This One Boy’ is an endearing standout with it’s confessional lyrics and possibly the most emotive crescendo of any song released this year – the middle eight is practically begging for a place in a pivotal scene of Grey’s Anatomy. The stark simplicity of a simple guitar and Miller’s delivery is so full of melancholy, it’s enough to stop your heart beating – the other tracks leave you with a hook in your head, but ‘This One Boy’ leaves an unforgettable feeling and plenty of shivers down the spine.

Musical genius isn’t the only reason to check them out though – a little initiative goes a long way and the induction of a few small TVs into their stage set-up is an innovative move that allows them some very interesting, apt and atmospheric videos that sit alongside their music perfectly. It also makes them profoundly unique – this isn’t just another duo with a few songs to play, it’s a pair of talented folk that capture you with the enchantment of the, often haunting, vision they have for their material.

It’s obvious NME have yet to hear of Natasha and Chris, or they’d be gracing the cover week in, week out.  OneGirlOneBoy are a feast for the eyes and a treat for the ears – their live sets are a spectacle worth seeing , rendered even more impressive when considering their non-existent budget and DIY beginnings, and their music is intrinsically brilliant. They are able to write a hit but never falter when it comes to delivering plenty of lyrical depth and emotion.  Most striking and memorable, however, is that this duo are unique in their ability to put on one of the most stimulating shows you’re likely to see on the musical underground. I don’t recommend only that you listen to OneGirlOneBoy, but also that you experience them to witness the absolute awe that these two are capable of invoking and the enormity of this being, rife with emotion, passion and talent, that they’ve created.