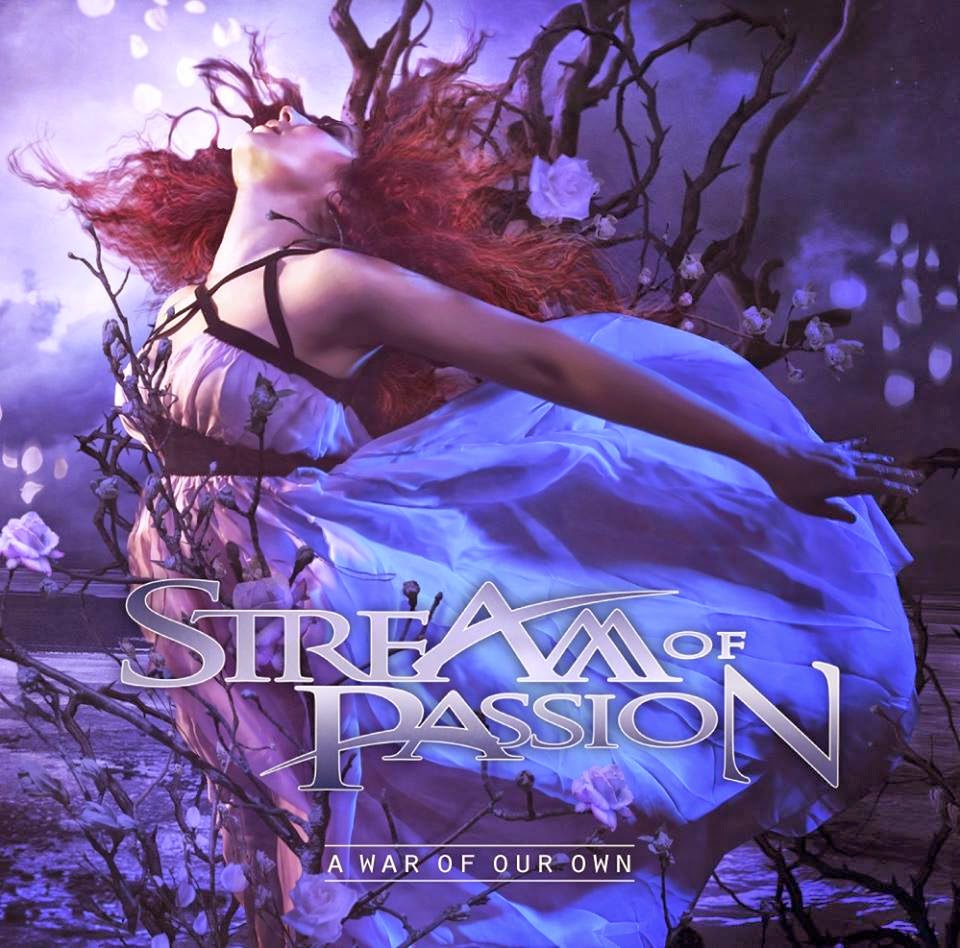 When Marcela Bovio was plucked from obscurity by Arjen Lucassen, few would have predicted that the unassuming guest vocalist would end up being a staple in the gothic metal genre. Bovio drew our attention to her previous project Elfonía (amazing), did a stellar job on Ayreon’s ‘The Human Equation’ (amazing) and then joined forces again with Lucassen to curate Stream of Passion (still very much amazing). The sixpiece were a band that pricked up a few ears thanks to their respected metal credentials; the talent evidenced and loyal fanbase carried them through three album campaigns and has since driven them forward to the independent release of the upcoming opus ‘A War of Our Own’. Instead of being disheartened from the struggle, Marcela spoke to me as energised as ever about the album’s release as she spoke about the thought-provoking title and Stream Of Passion’s return to the UK.

Hello Marcela! Thanks for your time – it’s good to have Stream Of Passion back…
The pleasure is all mine, and it’s good to be back!

As we speak, you’re gearing up for the independent release of the band’s fourth record – can you explain the title, ‘A War Of Our Own’, and why you chose it?
Most of the songs on the album are about struggles and battles: be it personal struggles like dealing with cancer or depression, the struggle we went through as a band while putting this album together and releasing it independently, but also, for instance, the struggle of the people of Mexico that are dealing with the consequences of the war against drugs. We feel this title sums up nicely all the different contexts where we find difficulties in our lives, and the process we go through by trying to overcome them.

What is different about this album compared to your previous works?
It’s got a lot more progressive influences than before, we keep trying to extend our musical horizons.

Interesting – so whet our appetite and tell us what your personal favourite songs from the album are...
I’m extremely happy with how the whole album turned out! I’ve never been so content with an album I made as with ‘A War Of Our Own’, but if I had to pick a few I think they would be ‘Monster’ and ‘Don’t Let Go’.

Perhaps it won’t be too long for us to wait though, as you’re returning to the UK next month for the Dames Of Darkness festival – can we expect to hear a lot of the new tracks performed live?
Most definitely! We’re really looking forward to playing these songs live.

On the subject of your fellow metal dames, which other female fronted bands do you enjoy listening to?
I’m a big fan of Madder Mortem and The 3rd and Thee Mortal. And, well, she doesn’t really make metal music anymore but I’m also a huge fan of Anneke van Giersbergen.

Madder Mortem are, quite literally, one of my favourite bands of all time. Brilliant choice. As much as I’d love to see the both of you touring together, who would be your absolute dream pick to tour with?
Muse! Not a very good match but I would love to tour with them.

I think it could work! And, besides the boys in Muse, do you have a message for the rest of your UK friends and fans?
Thank you so much for your unconditional support, and for making this album happen, together with us! We look forward to seeing you soon at a show near you!

‘A War Of Our Own’ will be available on April 18th. You can pre-order it through iTunes or, perhaps, mark it on your calendar and buy it on April 18th. The possibilities are endless, aren’t they?