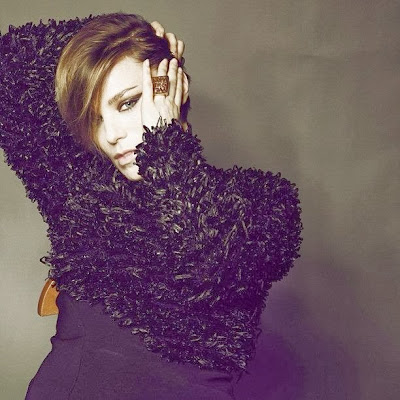 If you’re not quite sure why Gala sounds familiar, check out the mammoth hit ‘Freed From Desire’ – a song that eclipsed it’s peers and transcends it’s own era time after time as it remains a firm club classic to this day. We find the Gala of today in a strong position – though she is open about the struggles of releasing her music independently, the freedom she has been striving for is now within her grasp and the current single ‘Taste of Me’ is a brilliant example of how a talented singer and songwriter can easily produce the goods without the help of a major label. After reading this interview, you’ll also realise why Gala is one of the most interesting people in dance music today – the determination, the talent and a refreshing awareness of just what music is capable of. She knows what she’s doing.

‘Taste Of Me’ is a brilliant, storming triumph; that chorus is mesmerising. Why did you choose this song in particular to mark your return?
I love the song too; the lyrics, the drive and all and I’m happy you like it because I wrote it, as I did all my other material! I know it seems silly to clarify that but pop singers these days don’t write their own songs so it means a lot that you like my song and that you know I wrote it.

I actually released other songs, so I never understand when people ask me about my return? I never left and never returned. I always kept on creating, making music and some of the music I released, other music I didn’t. Sometimes that was my choice, sometimes because of record labels politics or timing or lack of money to support a promotional campaign. Last year I released a single ‘Lose Yourself In Me’ that was on radio and went number two on Mix FM (Middle East). In 2005, I had a song called ‘Faraway’ – still very popular there. In 2009, I released an album that I love! It is called ‘Tough Love’ (more rock pop). It was the result of five years of collaborations with various musicians in Brooklyn, New York.

In regards to ‘Taste of Me’, tell us about the writing process of the single…
I wrote the song one night, I could not fall asleep. I could not put together my desire for love and almost symbiosis with the person I love and at the same time the need to be free at all times. I sing the song to someone but I also sing it to myself.

How did the partnership with Marcus Bell form? His production is really fits.
I met Marcus years ago. I called a friend and told him I was looking for a producer. He told me to call this guy who was from the south of the US and had a background in R&B. He had been to Berkley in Boston but he lived in NY at the time. So I called him. We talked a bit and then I said : Let’s meet.
He said: Where do you live?
I said: Manhattan
He said: Me too!
I said: The village.
He said : Me too.
I said: Around Sullivan.
He said: Me too.
I told him my address and he said: ‘I’m next door’! I walked downstairs and we met. And since then we have had a lot of fun!

What do you feel is different about the Gala we see today, from the girl in the ‘Come Into My Life’ days?
Same woman- looking for freedom. Freedom of expression. Freedom from the rules that we are supposed to follow to be successful (even if I pay the price of it everyday). My friend said about me: ‘Gala, you make your life a piece of art’. For some people it’s the actual product and the number of records they produce for sale that counts; the quantity. For me it’s about my life and how to make that life a work of art first.

Also the Gala then hoped to change the world. The Gala now is changing it. Why? Because one very clever person said: young people… it’s true… have hopes and possibilities, everything is still open and possible but older people have certainties that the things that they have done have happened and they made them happen for real. I have stayed against all odds in the music world. And I am still in it and always will be in it.
This is a fact. It doesn’t matter if I don’t have thirty five million views as those with naked women jumping in a pool in Ibiza, I prefer my five hundred views and having made a video I am proud of without any budget or manager or label support.

As the owner of Matriarchy, an independent record company, what sort of freedom has that given you musically?
The album ‘Tough Love’ is the best example of this. On one side there is no freedom because there is no money and unless you are 20 years old people don’t make music for free. If they are great at what they do and they are musicians, producers, mixers, mastering engineers, directors, editors, web designers etc, they are doing it also to survive not just for fun. Students can afford [to do it for free] because their parents are still paying. So it’s harder to be free but limitations in budget and in possibilities create a higher level of freedom than that of trying to use creativity to overcome problems! It’s great and it’s satisfying.

What I am most proud of is not the final result which might never be as good as a million dollar budget record and campaign, but the process! The process makes me proud, unfortunately that is a private experience that it’s hard to share with fans…I wish I could express that; maybe one day I’ll write a book about a woman, a feminist woman, who was making pop music… an oxymoron…. fighting windmills like Don Quixote.

Do you have an album ready or is it still in the works?
I said this in many interviews; I work on one single at a time. Last year it was “Lose Yourself in Me”. The whole single: production, mixing, mastering, creating the music video, shooting it, editing it, travelling to LA, doing the photoshoot in London, cover cd, finding remixers, putting together the CDs, finding a distributor, finding few people who helped promoting it… this took a year!!!!! The same with ‘Taste Of Me’. If someone has a label, a manager and the budget, this can be done in two months but if you are a one woman show, and even one like me who just works twenty four hours a day on my music and releases like I do, it still takes time.

I remember  the first comment on YouTube on my video: Not bad!!! When is the next one? And there I realized that I can’t listen to these comments; it is hard to express to my fans how it works. They see other major artists and their constant releases of pop acts. I am really an indie alternative punk soul struggling in a pop dance fast pace music world.

A quick read through your blog shows that you are an artist that is very culturally aware. Do these views inspire your material, or is music an escapist tool away from serious issues?
I am what I write about in my blog and I am my music. Check the video and the lyrics of  my song from the album ‘Tough Love’ called ‘I Am The World, The World Is Me’. This is a song that is both political and fun. Something very very very hard to create and find in the modern pop world or on radio.

Here in the UK, artists like Calvin Harris, Rudimental and Disclosure are dominating the dance scene so why do you think there aren’t as many female producers?  It feels that, particularly in the dance genre, they become a nameless voice on top of the music.
Totally. Fuck, don’t get me started; it’s a white male dominated biz. My dream is to work with Missy Elliot or a female producer. Madonna should produce other female artists but she was never a feminist. She is more so now that she is older and might understand a few things better in her own skin.

What artists are you listening to today?
Please, please follow me on Spotify! ‘Gala’ is my page – I create playlists every week. I will leave you hanging on this question so you need to join me and check it out. You will find the playlists on Facebook too.

It’s easily one of the biggest tracks of it’s era, but do you ever get tired of performing ‘Freed From Desire’?
No, never.

Have you ever been out partying and have a dance to ‘Freed From Desire’ like the rest of us?
Yes! 🙂 …and I sing along to it!

‘Taste of Me’ is available to pre-order on iTunes with a release on the 25th November.