In the current musical and economic climate, reunions are too often all about the money. After all, having adoring fans desperate to throw a few quid your way in return for a 3x3mm postcard is a pretty profitable venture, but Beseech have a different feel and story to tell. Having disbanded some years ago, a new and vastly different set of musicians emerged this year – it’s a reunion, yes, but it’s actually a brand new lineup, taking in some new blood and teaming it with some of Beseech’s more involved members acclaimed for their role in the band’s impressive discography. Klas Bohlin, the vocalist and instigator of the nostalgic venture, spoke all about the band’s first tentative but confident steps back into the music world and foreshadows a darker and more considered Beseech that know exactly what music they want to make.

Firstly, welcome back! Beseech had been defunct for quite a few years before the revival so how did the whole reunion conversation arise?
Robert Vintervind and I never lost contact throughout the years. Actually we have talked quite a lot about playing music together in some way so it was just a question of time before we got together. After some successful jams, it just happened. It sounded more Beseech than ever – back to our roots, delivering the same characteristic melancholic feeling but in a new mature way. Shortly after, Manne Engström (Guitar) re-joined the band and we entered the ‘classic Beseech studio’ (StudioMega/Fascination Street) during the fall of 2012 to figure out the new direction of the band. So, Beseech it is!

The new Beseech track ‘The Ingredients’ is a brilliant dose of dark, melancholic metal. Is it a good reflection of the album you’re working on?
Yes, it summarizes our new material pretty well. As you can hear, we have developed our sound into a softer but also more intense format. The overall feeling is now more rock than metal. We have also taken the vocals to a new level, making space for the third generation of singers, including me and Angelina. The new sound can be described as a mix up from the critically acclaimed album ‘Souls Highway’ and a splash of vintage and melancholic melodies!

How is that album coming along? Are you still writing and/or is it at the recording stages?
We are still writing and making pre-recordings. During our last studio session we mangaged to complete four new songs (‘The Ingredients’ is one of them). Our main focus now is to write and record as much material as possible. One thing that was quite clear when we started talking about the reunion was that we all needed to make a worthy continuation of Beseech. For us Beseech means a lot so we wont make anything hasty or sloppy. I can guarantee that we will put a lot of time and effort into making an album that makes us really proud.

Does the record have a working title?
At the moment I can’t reveal any details about that. It will contain a lot of darkness.

Ok, I’ll stop fishing for exclusives… With the return of past bandmates and the addition of new members, what is the dynamic like in Beseech today?
If you look back, there have been many members joining and leaving the band throughout the years but the main thing for Beseech has always been the songwriting – to deliver strong material. When Robert joined the band in the early days, we created a special co-writing relationship which became the solid ground in the development of Beseech’s gothic sound. During our journey we have always tried to pick the best possible members for each position in the band, prevailing to the circumstances and the present sound. For the latest edition of Beseech we needed some fresh blood. I must admit that being away from Beseech for almost a decade was a really good thing for the dynamics.

What do you, personally, believe you now offer into the mix, Klas?
During these years I never quit playing music. I just stopped playing guitar during live performances. Instead, I decided to put 100% focus on my own voice, being a lead singer in a light psychedelic ‘60s sounding garage band called ‘Depressive Art’. I guess that that period of time and music has affected my songwriting in a positive way. It’s one thing being involved as a vocal producer trying to explain how the vocals should be, another to sing your own lyrics. The relationship between lyrics and vocals is very important. Manne and Robert have also tried other musical challenges with the bands Those We Don’t Speak Of and Lavett (a kind of rock/metal) and they have also developed as musicians, bringing new elements to our sound. For Beseech this contributes with new areas to discover.

So now you’re reunited, even wiser than before, are all members investing that wisdom into the creative process?
Everything is so different now. Even if Robert and I do the most of the writing, the ambition is to invite all members of the band to participate during the creative process. The new lineup can’t be compared with the earlier editions. Today we also have more skills as a band. This is also the first time for Beseech with Robert, Manne and I being in the band all at once, which makes the situation really interesting. Manne is an amazing guy that, besides being a great guitarist, also contributes a lot as a producer/engineer during our recordings. Another extremely talented guy and multi musician is Johan Örnborg (bass) who, at a daily basis, works at Facination Street Studios (Paradise Lost, Opeth, Kreator etc) as a producer and mixing engineer. Håkan Carlsson (drums) has also taken the drums to a new level with a more intense way of playing. Angelina Sahlgren Söder (Vocals) contributes with great ideas for vocal melodies, choirs and stuff. I have deep respect for all ex members, and their efforts in Beseech. We had a really great time together but that belongs to the past. Like I said… the new lineup is really something special. 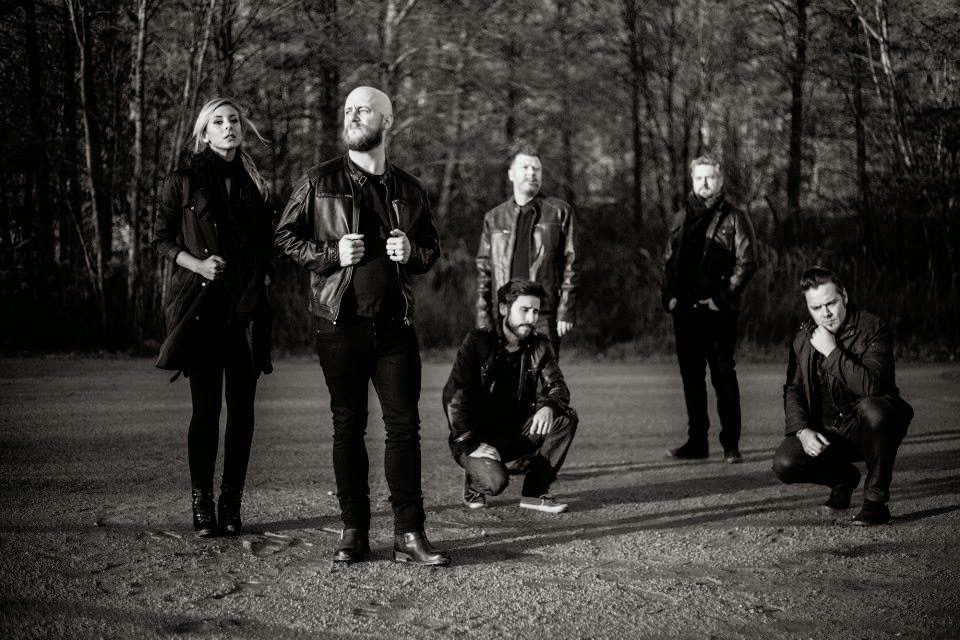 Looking back on Beseech’s impressive career, which songs are your personal favourites?
Tough question. Today at this moment? Perhaps ‘Sunset 28’ or ‘Neon Ocean’. It depends on the mood… with a few beers inside me, probably ‘Manmade Dreams’.

I still have ‘Bitch’ on repeat. Such a good song from Beseech’s later years – can we expect to find Angelina and yourself putting your twist on some of the songs from ‘Drama’ and ‘Sunless Days’ on the live circuit?
Have you been sneaking up on us? We have made some adjustments to make the old songs more comfortable and a few twists might be expected. Variations come naturally when you let another singer interpret the material. Among the later stuff I prefer singing ‘Drama’ and ‘The Outpost’.

So when can we come and give Beseech a proper welcome back and see you live?
You never know. If a good offer from a festival comes up, it will be hard to say no. But like I said, our main focus now is to complete the recordings of our forthcoming album. Then, when we have a new record out, we will be ready.

Stay tuned to the Beseech reunion at their official Facebook and Soundcloud. It’s so much easier when a band is network savvy, isn’t it?