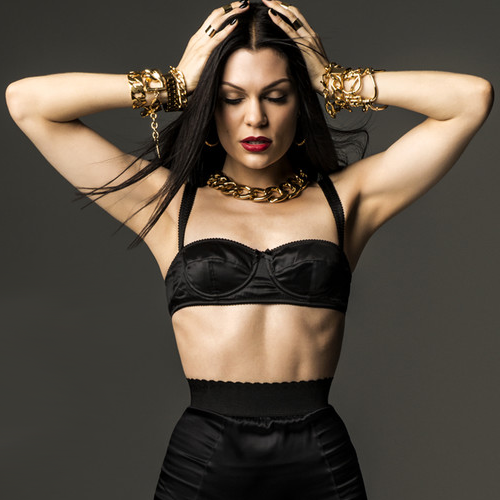 Context: Jessie J is an American diva trapped inside a British career.

She has the ability to, not only sing, but sing. But not only can she sing in italics, she can also sing in bold. And underlined. The point is, she can do everything and she is well aware of that fact. Now, as it’s been written time and time again, this would go down a storm in America. For lack of a better term, ‘show-offs’ are lauded over there. Here in modest Britain however, we’d prefer her to be a little less good to be honest.

The haterz are fuelling her fire.

‘Sweet Talker’ is her third record and finds her at some sort of middle ground – a lot of people still love her, as it was during the ‘Who You Are’ campaign and a big camp severely dislike her, as it went down during the ‘Alive’ campaign. It isn’t exactly a desirable situation – we all want to be Beyonce and exile anyone that doesn’t like us – but it’s actually a bittersweet situation when you have so many detractors to disprove. ‘Jessie J is a flop’ they cried! So she had an international smash with ‘Bang Bang’. Who’s laughing now?

Changes have been made.

The record is the first in her career that wasn’t entirely co-penned by Jessie. Plenty of these tunes don’t feature her songwriting which, many have claimed, hold her back. Regardless of if she over-uses it or not, you can’t deny that Cornish has an incredible pair of lungs on her and getting the right material to show that off is paramount at this point of her career. Usually it grates when a popstar doesn’t write their own material – it reeks of manufactured laziness – but this move gears Jessie up for bigger and better things. When Rihanna took a backseat from songwriting, she produced ‘Loud’ which ended up being an unofficial Greatest Hits collection. Speaking of which, shouldn’t Rihanna be releasing a Best Of collection by now? Think of the $$$, Fenty.

The ballads are coming in thick and fast…

One thing that is a little hard to digest with ‘Sweet Talker’ is the amount of mid-tempos and slowies. There are moments like ‘Fire’ and album closer ‘Get Away’ proving that you can’t beat a good ballad done by a competent vocalist, but bonus tracks ‘Your Loss I’m Found’ and ‘You Don’t Really Know Me’ are a little too nice and sonically not as compelling as the latter’s touching and honest lyrics.

…but not as frequent as the highlights.

Jessie J may not have released a flawless record then, but a lot like its predecessors, her third effort has has plenty of moments that keep bringing you back. ‘Sweet Talker’ has a sultry, gorgeous and current title track, ferociously confident opener ‘Ain’t Been Done’ and powerful Lindsey Stirling collab ‘Loud’ to fall back on. The dramatic ‘Masterpiece’ is a pop ballad done well, full of intrigue and a massive chorus and ‘Said Too Much’ lends itself perfectly to the slot of future single thanks to it’s Kelly Clarkson-esque vibes. In all the fuss about what she’s said, what she’s done or how she’s rubbed the public up the wrong way, you might forget that Jessie is capable of some fantastic stuff. Now she’s given herself the tools to move forward (falling back on a Max Martin lead single is never a bad move), caring little about opinions outside of her music and more about her career – Jessie J has the capability of making herself into an honorary American diva full of attitude and vocal prowess.

One Reply to “In Defence Of Jessie J: ‘Sweet Talker’ Review”