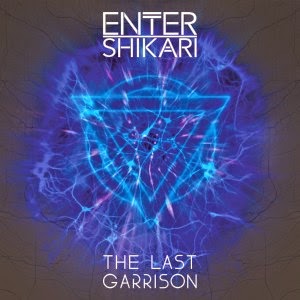 ‘The Last Garrison’ is the definition of a gateway single. The infectious, addictive chorus can’t come around often enough thanks to its instant hook and Enter Shikari’s signature chant-a-long lyrics that colour the best of the bands output to date. The structure is perfect for radio plays and taking on its position as lead single for the upcoming ‘The Mindsweep’ record – the way the bridge morphs into the refrain is just as adrenalising third time around as it is the first. Pretty much every aspect is dying for a replay. Gerrit up for sale lads, i’m desperate.

The single is a step forward for the band in that the mixture of electronics and riffs is even more finely tuned. If you thought ‘A Flash Flood Of Colour’ merged the two core aspects of the band well, this single effortlessly fuses them into one during the chorus and manages to pit them against one another in the verses. Four records in, these boys are well aware of how powerful and untamed the beast of electro-rock can sound.

The passion in Rou Reynolds’ voice, thankfully, has not been tamed. He is an astounding vocalist; not only if he great to listen to and enjoy on a purely sonic level, he also possesses an emotional pull in every lyric he sings channelling both his empassioned and fired-up rebellion. Backed by the exceptional talent of Chris, Rob and Rory – ‘The Last Garrison’ embodies the frantic energy each member displays in Enter Shikari’s live shows, but don’t forget that they’re pulling off every bit of the soundscape flawlessly whilst delivering it. They really are a force to be reckoned with.