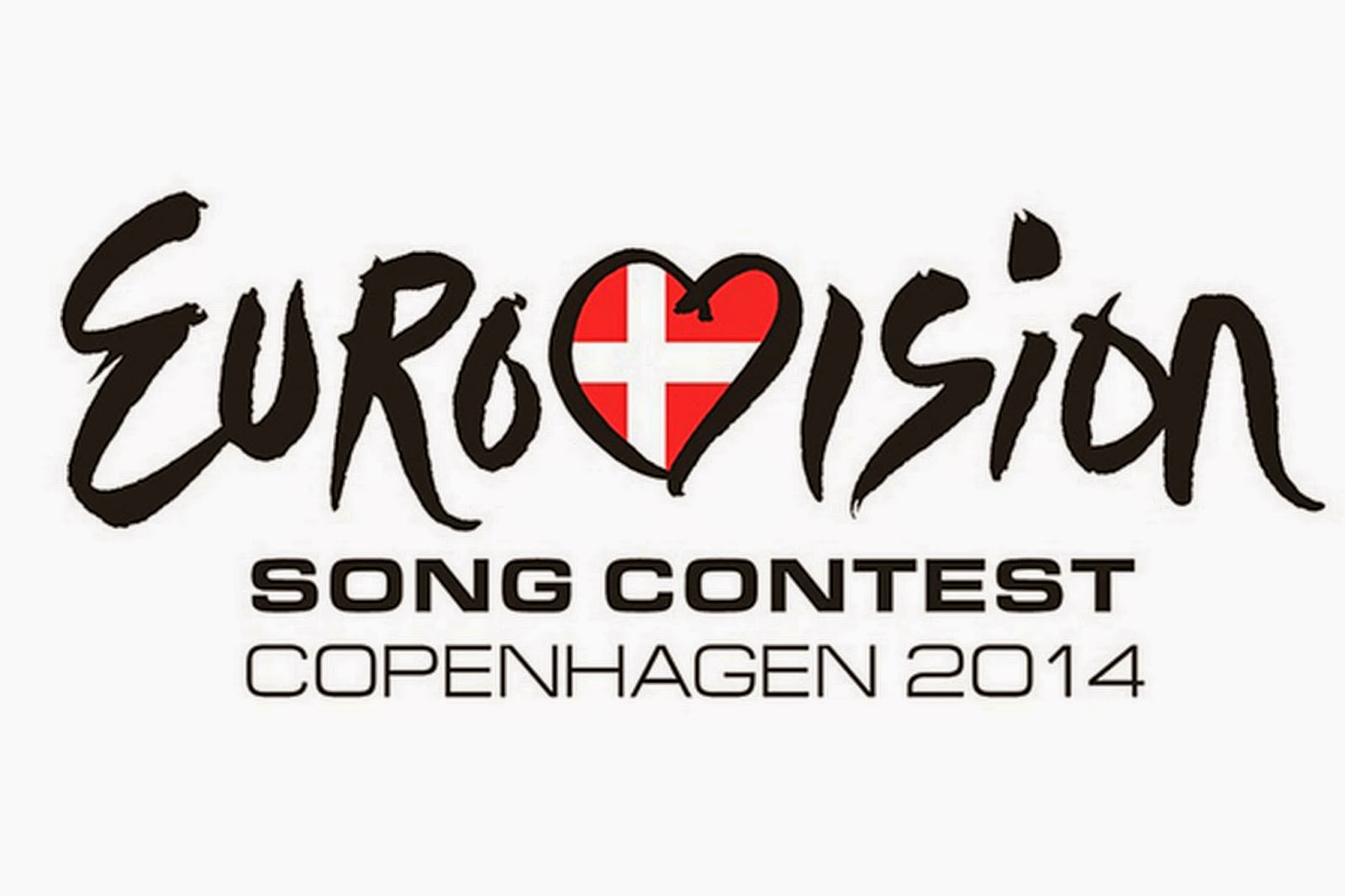 Eurovision is actually a hotbed for incredible music. We all remember the Russian grannies, the gyrating sax players – it’s hard to wipe the images from your mind, in fact – but beneath the novelty, Europe (including the UK, when it can be bothered) send some stellar tunes to the contest. Feel free to stick an ‘in my opinion’ at the start of all of these reviews, as if there’s one thing Eurovision teaches us, it’s that one country’s pride and joy is another country’s laughing stock. And the best thing about Eurovision is, if your favourites prove unsuccessful this weekend, we can always blame the political voting.
10. Carl Espen – Silent Storm (Norway)

Doing a ballad well is difficult – especially at Eurovision. Surrounded by acts doing everything to attain and retain the attention of a viewer, Carl Espen has a delicate slowie that would be destroyed by a massive gimmicky staging. It will probably be just him onstage and it will probably have a smoke machine and it will probably look tired and predictable. But don’t forget, it’s a song contest and ‘Silent Storm’ doesn’t need a gimmick. It’s gorgeous. Though perhaps, if they did want to mix it up a bit, he could fly over the arena. Yay? Nay?

9. Softengine – Something Better (Finland)
Finland can be relied on for a rock-lite dad pleaser every now and again, can’t they? Lordi. Enough said. But also their successors Hanna Pakarinen and Teräsbetoni channelled a few more riffs than your average ESC contender. This year Softengine have toned down the metal and turned up the mainstream rock for ‘Something Better’, a tune boasting hooks that can properly fill out the massive B&W Hallerne. With an indie edge to it’s refrain, it’s all about the post-chorus and it’s ‘woohh-ohh-oh-ohh”s that taste as celebratory and triumphant as any Eurovision entrant should. Sadly for Softengine though, the dad crowd don’t hold much power at voting time. Unless, ofcourse, you have two.
8. Donatan and Cleo – We Are Slavic (My Słowianie) (Poland)

The perfect level of crowd-baiting (you just know this one is going to be a talking point) and divisive Euro jam, ‘We Are Slavic’ is a divisive contender. Whilst you may be in the camp that thinks it’s a noisy feat, you’ve got to respect the simply addictive chorus and the intrinsically Eurovision outfits, genre and insanity. It’s as close to novelty as you’ll get in this year’s contest, but at least they have some cracking beats to back it up with.

Bringing Eurovision into 2014, ‘Running’ is a punchy effort that has something different to say. With subtle-dance beats decorating it’s chorus, it’s only got three minutes to work it’s magic and it’s infectious hook is quite aware of that, thank you. A grower, in that you end up liking it even more, it still has plenty to show on first listen and, as I said, a set of lyrics that transcend the standard ‘love, dance, sex’ themes of pop.

6. Sebalter – Hunter of Stars (Switzerland)
Oh Sebalter. He is a beautiful sight to behold. A few weeks after seeing clips of the ‘Hunter of Stars’ video, I realised that looking very nice is not his only trick. Switzerland’s entry is one of the most infectious of the whole bunch – a bubbly chorus, simple but effective instrumental and a whistle-hook that outshines it all. Believe me – I can’t whistle, but in my head, I’ll be tooting that tune for many months to come.
5. Tinkara Kovač – Round and Round (Spet) (Slovenia)
The problem with ‘Round and Round’ is that it takes some time. Initially, it feels a little too sedate and simple but the chorus sounds stronger and more inviting with every additional spin of the record. The refrain is a gorgeous pop moment – full of warmth and mid-tempo beauty and it’s bubbling instrumental is a spell that has a wealth of charm waiting to be awakened. Whether Europe’s first-listen uncovers the vibrancy of Tinkara is yet to be revealed, but ‘Round and ‘Round’ remains a strong, crafted song that deserves the listens it requires.
4. Mei Finegold – Same Heart (Israel)
A definite underdog of the contest, Mei Finegold has been charming ESC fans for weeks now; hopefully the masses will pay as much attention to her gorgeous anthem ‘Same Heart’. The sharp, pristine electronics provide a cutting undertone to the fierce message of the lyrics. If that wasn’t ferocious enough, Mei’s rasp carefully treads the line between defensive and empowering and, let’s be honest, few things are more welcome at Eurovision than a gloriously powerful woman.
3. Molly – Children Of The Universe (United Kingdom)
You’ve heard it a million times before, but here it is again – thank God the United Kingdom have finally decided to take Eurovision seriously. Forget about the artists – Bonnie and Engelbert will hardly be weeping into their millions as they sit at the bottom of the scoreboard – but think about the fans. What fun is there in watching a half-hearted attempt sit alongside European countries sending their best artists and songwriters? Now, whatever the scoring at the end of the contest, at least Molly will shine as some beacon of hope that there is talent under the age of 50 within the UK. As for the song? Bubblegum Florence and the Machine with a message that will ring true and hit deep with many of the UK’s peers. A very smart move that will hopefully pay off on the 10th of May.
2. Aram MP3 – Not Alone (Armenia)
It’s hard to believe that Aram Mp3 is a comedian. Be it his lack of comedic charm when causing a hoo-ha with his comments on Austria’s Conchita Wurst, or his ability to expertly deliver one of the most passionate and emotionally charged entries of the 2014 contest. You wouldn’t get that from Lee Evans, folks. ‘Not Alone’ is all about two key elements causing a riotous amount of sentimental drama; the voice and the violins. Alike Israel’s Mei, the roughness of Aram’s delivery is captivating and his vocals is a perfect fit for the song. The strings, swirling beneath the verses and slicing through the chorus, unite with him to bring an earthquake of a crescendo in it’s chorus. If you’re going to represent your country to the rest of Europe, it really is best practice to pull out all the stops like ‘Not Alone’ does.
1. Ruth Lorenzo –  Dancing In The Rain (Spain)
‘Dancing In The Rain’ is the best three minutes of material Ruth Lorenzo has released since her time on X Factor UK many years ago. What we didn’t expect to emerge from the reality cocoon was an enormously talented songwriter (check out Ruth’s other massive tune ‘The Night’ for proof). Better yet, Ruth has merged her powerhouse vocals and over-the-top finale with a subtle and tender Spanish post-chorus. It literally feels like every base has been covered on ‘Dancing In The Rain’. It is entirely worthy of it’s place at the top of the pack.
The Eurovision 2014 final takes place on 10th May.
Words: Simon McMurdo