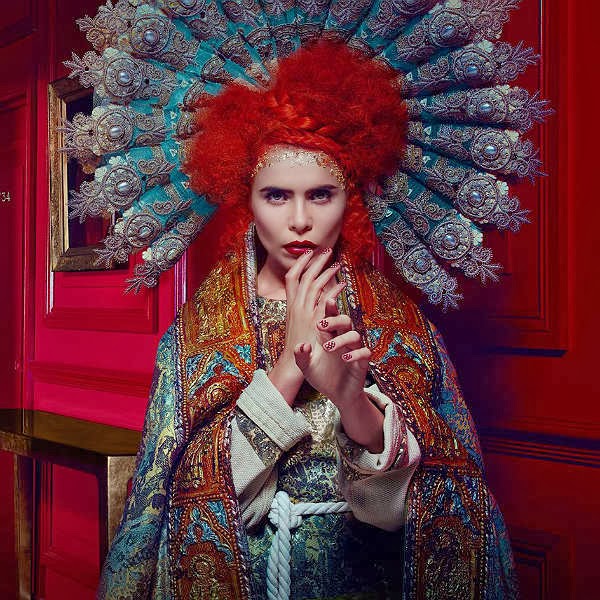 I really thought ‘Can’t Rely On You’ would grow on me. It has it’s redeeming features, namely Paloma taking the opportunity to showcase her vocals like never before. That’s quite good. But the production is too minimal and despite a cracking build up to the chorus, it didn’t really go anywhere. Leafing through the booklet of ‘A Perfect Contradiction’  later enlightened me to the fact that Faith hadn’t written on the song and it all started to make sense. Paloma has a thirst for drama and whilst it’s lead single might have foreshadowed the record as a more crowd-pleasing affair, her writing on these tracks should mean we don’t foray into any bland middle ground again. Faith restored. (That was an unintentional but intentional-because-I-left-it-in-and-grinned-to-myself pun and you can have that for free).

Worst things first then – it isn’t entirely action packed. Sad face. Paloma slips into the inoffensive on ‘Love Only Leaves You Lonely’ – a standard album tracks that is shown up by it’s surrounding tunes. It’s not like she can’t do subtle though – closing slowie ‘It’s The Not Knowing’ is a beautiful example of the beautiful material she can produce and sits in stark contrast to the in-your-face nature of her character. A perfect contradiction, if you will. Yep, I just went there.

‘Other Woman’ packs the punch we are used to seeing Paloma deliver. It’s chorus has a defiant build up that is mirrored by Faith’s frantic and fitting performance. ‘Taste My Own Tears’ and ‘Trouble With My Baby’ are further examples of Paloma outshining herself – pleasant songs that fit the flow of the record, but most of their cards are played better elsewhere; namely on the Aretha Franklin turn in ‘Take Me’ – a song that could have been lifted from the Blues Brothers soundtrack with it’s soul foundations and call-and-response backing vocals in the titular hook. ‘Mouth To Mouth’ also sounds nostalgic. Whilst it feels familiar though, it sounds fresh compared to current trends and is a perfect execution of old-school disco meeting modern, pristine and fleshed out production. ‘Impossible Heart”s warm synths flickering beneath the chorus work the same magic – it instantly feels like a classic from decades before.

And as if to prove me wrong, Paloma proves she doesn’t have to write on a track to make it fantastic – Diane Warren, the ballade extraordinaire, penned ‘Only Love Can Hurt Like This’ and it ends up being the most gorgeous moment on the record. A full production, sounding aptly grand, is layered with Paloma’s passionate vocals – shifting from an introverted delivery on the verse into a higher register that takes the song to soaring point and underlines it’s status as album highlight and potential future single. And on the subject of singles, whilst she herself seems determined to breakthrough into chart success, ‘A Perfect Contradiction’ proves that she is much more fitting to the left of the centre – I’d hate for Paloma Faith to be even slightly normal, wouldn’t you?