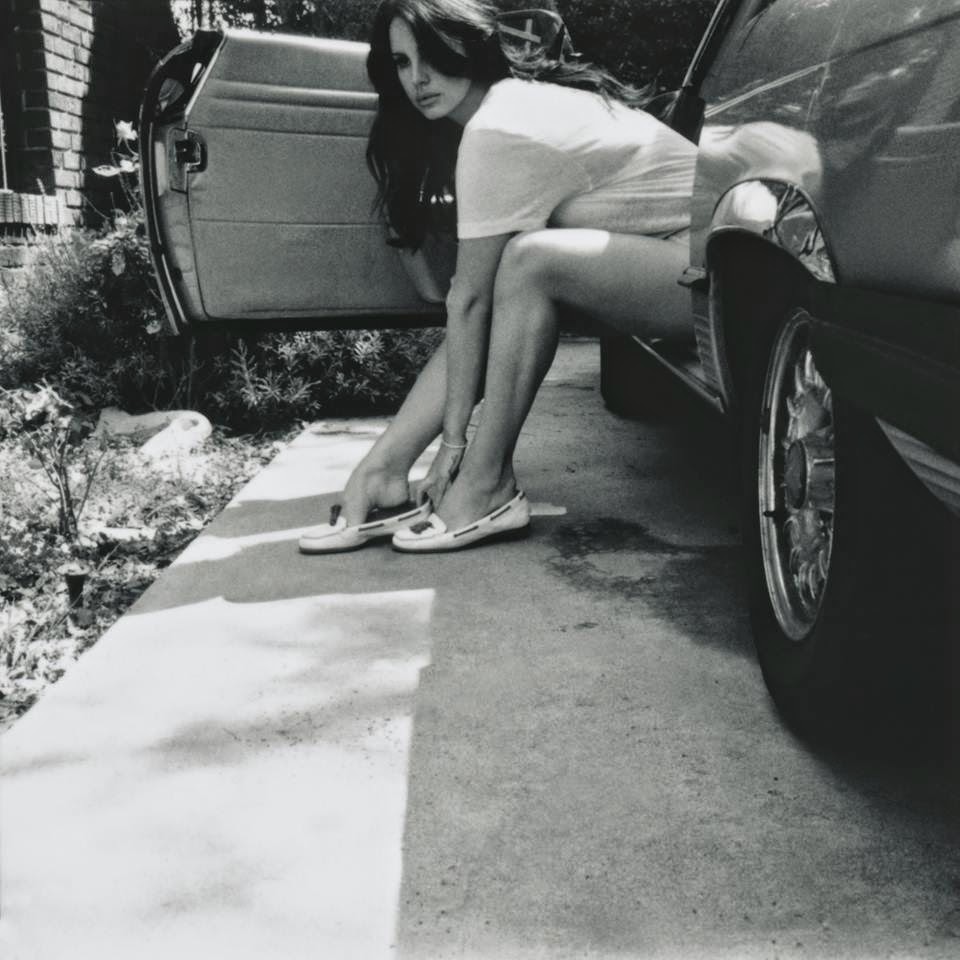 Remember when Alanis Morissette released ‘Jagged Little Pill’ and Tori Amos released ‘Little Earthquakes’? From the pits of despair, these women became icons for a generation of strugglers, desperate for some raw, honest music to soundtrack their own dramas. Modern day folk in similar situations have found the trait in Lana who, with her tragically beautiful anthems went from acoustic smaller-timer to indie-queen in what felt like days. There’s just something special about an equally as vulnerable and empowered woman with a story to tell, writing songs from a bloody and bruised spirit. In honesty, nobody does it much better than Lana Del Rey at the moment and despite threatening not to release a second album, we’re thankfully presented with this dark and emotive sophomore effort.

‘Ultraviolence”s charm is instant, even if it songs aren’t. Album opener ‘Cruel World’ takes a few listens but in it’s six minutes tosses out more subtly affecting hooks than an entire album of Lana’s peers. She is a songwriting genius – that much is certain. If it isn’t the Tumblr-ready images of the inlay, it’s the Twitter-ready lyrics that accompany the black and white shots. A good line is nothing without a good delivery though, and the vocal lines here are superbly executed and crafted. ‘Sad Girl”s ‘Bonnie on the side’ refrain is beautiful and melodic, dropping away from the rest of the melancholic chorus with apparent ease.

As a body of work, the album is an emergence of new, unexpected forays into something a little different and a few safe bets to keep the diehards happy. The latter is defined in the title track – a ‘Video Games’ meets ‘Blue Jeans’ style ballad, all luscious vocals and iconic lyrics. Similarly, the brilliantly titled ‘Fucked My Way Up To The Top’ has the distorted moments that provided the Paradise edition of her debut with the haunting atmospheres it conjured so well. As for new forays, ‘Pretty When You Cry’ marks an even more melancholic Lana – yep, it’s possible – and along with lead single ‘West Coast’, the two rely heavily on layered guitars and sultry guitar swoops instead of dramatic orchestrals. Quite a big change that sounds all the more linear with Lana’s signature vocals segueing the sonic valley.

It soon becomes apparent that Lana Del Rey is one of those artists that is near impossible to emulate – she has formed a genre of her own that, much as artists may try, nobody has been able to pull it off as definitively as she has. That being said, it would have been so easy for Lana to put out another Born To Die – no progression necessary, the audience would eat it up and the money would roll straight in. Truth be told, I’d likely be singing it’s praises here today but setting up for a lasting career is ‘Ultraviolence”s main aim. It isn’t as fine-tuned or rounded as her debut, but it’s got it’s own flavour and personality. It’s progression within her own style – as long as Nancy Sinatra doesn’t stage a comeback with Roc Nation, she’s owning her USP. At it’s core, ‘Ultraviolence’ is quintessentially Lana Del Rey and, a lot like her debut, when you listen to the music, it really is in a class of it’s own.