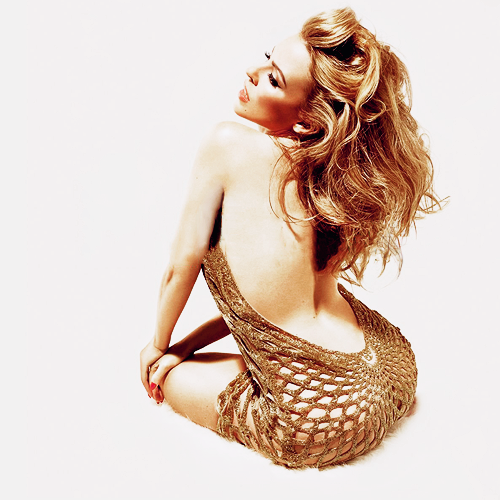 Team Kylie had grown complacent. Release a decent album, one huge single, another massive tour and then repeat the process. That was the way it had been going since her Showgirl tour cemented her status at the top of the pop game. Kylie was reliable – the fans got a new package every few years and the record label got an even nicer package at the end of every campaign. It did feel, though, that her fanbase were being taken advantage of. There was no growth in a Kylie record and no attempt at developing a sound. It felt like  something needed to change – stagnancy in music is a career killer. As if heeding the fears of fans and critics, Kylie moved management duties to Roc Nation prior to the release of ‘Kiss Me Once’. Kudos already, Minogue. If nothing else has changed on this record, at least the logo in the CD booklet will have.

But things have changed. For the better. As we all expected, it’s not like Kylie has moved into the rap game – though how she managed to avoid a Jay Z feature after signing to his management company is still anybody’s guess. ‘Kiss Me Once’ is a revitalised and refreshed Minogue that has been MIA for quite some time. The woman herself must surely be excited about these tracks – so many jump out as single contenders and staples of the future live set. Sia helms a couple of tunes (‘Kiss Me Once’ and ‘Sexercise’) instantly bringing Kylie into the present along with Pharrell who hands over one of his best compositions (‘I Was Gonna Cancel’) to the Aussie songstress.

‘Into The Blue’ established her comeback as quite a grand affair and it sits pretty at the top of the record and remains a highlight. ‘Les Sex’ has a similar kick to it’s production, but returns to the carefree Kylie that we know so well. ‘Beautiful’, a duet with Enrique takes autotune to the next level and despite a decent refrain and sentiment, it proves that ‘Kiss Me Once’ isn’t a flaw free output whilst the powerful midtempo ‘If Only’ brags one of the most distinct and full productions to counter it.

Clearly not the strongest vocalist in the game, her tunes need to pack the punch and fill the gap, so the most frustrating thing about Kylie getting standard pop ditties was that she had the status to demand so much more. As a casual songwriter at best, she can assumingly take her pick from a plethora of potential smashes and yet, album tracks were often a middling 7/10 affair. The difficult situation of ditching a career-long manager must have been difficult but it has paid off for Kylie who hasn’t sounded as relevant as this in quite some time. There will always be a fanbase for Miss Minogue but now, instead of relying on it, she can seek to extend it even further; ‘Kiss Me Once’ is a confident step in the right direction.