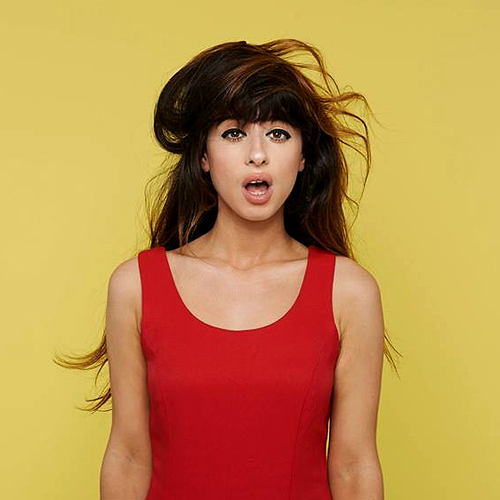 The good news for Foxes virgins is that half of this album has already been released in some form or another. Louisa Allen is one of those artists that releases a debut album about a decade into her career – on first listen it already feels like a greatest hits. ‘Youth’, ‘Holding Onto Heaven’ and ‘Let Go For Tonight’ have all had the single treatment whilst ‘White Coats’ and ‘Echo’ have also been embellished with official videos. On top of it all, she’s already a Grammy award winner with the Zedd collaboration ‘Clarity’, a live acoustic version featuring on the deluxe edition of ‘Glorious’.

It’s not just the semi-successes of the singles that give the record a celebratory feel, the material here is breathtaking. It’s taken some time behind the scenes, but shaping each song into a perfected  result has certainly paid off for Allen. ‘Night Owls Early Birds’ practically begs for it’s own place on a Radio One playlist as next single, whilst the title track ‘Glorious’ takes a lesser predictable path and ends on a spectacular hook that encompasses the charm of the entire record – dramatic, sweeping pop at it’s best. Similarly, the book ends of the record, opener ‘Talking To Ghosts’ and finale ‘Count The Saints’ may not be as mainstream oriented but the ambition and drama sit beautifully at either end of a record that relies heavily on both.

Even the deluxe tracks don’t scrimp on brilliance – ‘Beauty Queen’ is one of the standouts of the entire record; a pristine production and a chorus X Factor winners would die for. Nor is lack of quality the reason behind ‘In Her Arms’ and ‘Home’ not making the cut – they sound sonically apart from the album tracks, but demonstrate a little more diversity in Allen’s sound.

‘Glorious’ can be filed somewhere next to the quirky indie pop of Marina and the shimmering sheen of Ellie Goulding – it’s that weird in-between of indie and mainstream. Thanks to it’s foundation of introverted lyrics and accessible song structures, Foxes has evidenced her songwriting ability and pulls off a storming debut like this with apparent ease. If this is where she’s starting, Foxes better start work on some mind-blowing stuff for it’s follow up already. Or, you know, switch genres completely. Grandiose pop doesn’t get much better than this and it’s safe to say that ‘Glorious’, really is glori- no, sorry, I couldn’t bring myself to commit that crime of cringe. It’s just really really good, OK?