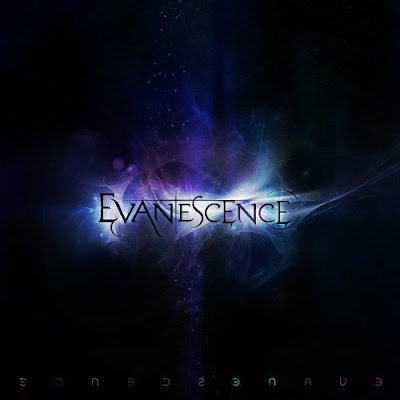 There are some artists that produce new music by accident. The ones that cannot help but spill out a new opus every year or two and though the music may retain it’s charm, the hype dwindles to nothingness. Evanescence, however, do things a little differently. A seemingly temperamental Amy Lee professed that she had fallen out of love with the band after the release of their last effort ‘The Open Door’ in 2006 and the lengthy gap between releases saw the band in and out of the studio, writing and rekindling the passion for music that was necessary to produce worthy music for their legions of patient fans. It’s fair to say that whilst doing this, the hype has well and truly shot through the roof and if their track record is anything to go by, it could be a while before a new album surfaces.

So as we salvage the moments that new material from Amy and company enters into our ears, it’s refreshing to know that the developments between releases have been plentiful enough to intrigue (namely in the album closer ‘Swimming Home’ that finally articulates Lee’s love of Björk) but not too far away from the band’s previous outputs; thankfully for followers of the band as media articles documented the bands plethora of ‘electronic influences’ as Lee cited ‘La Roux’ as an influence.

As I referenced in my previous article on the single, ‘What You Want’ doesn’t stray too far from the Evanescence formula. Since the review, it’s also been proven that the track, although initially catchy, is certainly a grower. It entices audiences into a heavier side of the group’s work with ease.

‘My Heart Is Broken’ gives a new lease of life for the piano, unleashing it alongside an enthralling backdrop of the evocative strings and rock formula that the band have become known for. One of the finest choruses the band have conjured up since Ben Moody’s departure, by the time it rolls around for a second time, resistance is futile. A promising future single that encompasses the sound that we have grown to love and know from Evanescence.

The piano is, as expected, still a fundamental part of the mix. But what the band have succeeded with on this record is merging it inside the rock quartet of guitars, drums, bass and vocals. Instead of taking center stage on every track, it mourns blissfully in the background of tracks such as the closing of ‘End Of The Dream’, provides added conviction to the soaring ‘What You Want’ and has it’s time to shine on ‘Lost In Paradise’.

Amy Lee has grown to become one of the most respected vocalists in rock, due to her passionate performance and the album seeks to qualify that status showing off her soaring talents in ‘The Change’ but not being afraid to hold back a little in the verses of the emotive ballad ‘Lost In Paradise’. Speaking of ballads, there isn’t a ‘Good Enough’ or ‘Hello’ on the record. The fact that this is a ‘band record’ is executed over the slower tracks as they each build up to a guitar-laden climax. This hardly detracts from the pieces, instead it adds a greater depth to them and ensures that your attention is well and truly kept in place.

Few other bands will get as much publicity from Perez Hilton as they do from Kerrang. The scope that good music appeals to is phenomenal and by producing outstanding material such as the work Evanescence have become known for, their name has garnered a lot of respect and admiration. Bringing together a heavier sound with a continued sense for a good hook, ‘Evanescence’ finds it’s greatest success in doing exactly what is expected of it, but growing that little better every time it does.