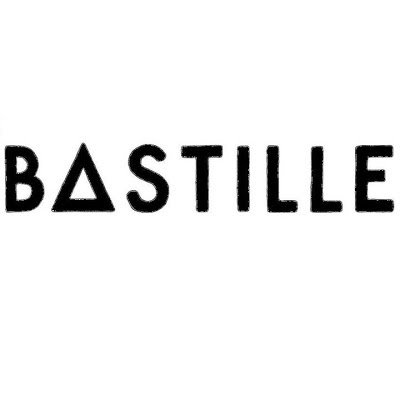 So it’s an act from London who have had a few low-key EP and single releases who sound like they’re already able to take on Coldplay in the arena-anthem stakes? No wonder people are going crazy for Bastille. Dan Smith is the main man behind Bastille and to save me repeating it incessantly throughout this article – his voice is magical. He delivers with a passion that has conviction without any sign of strain and is a pure delight to listen to. So far, so good, but now it’s time to find out ‘Bad Blood’ measure up to the hefty hype he’s brought upon himself in recent months.

Four gushing paragraphs on ‘Pompeii’ should be enough to tell you that I was rather fond of it, but it’s pleasing to admit that it’s far from the best track here. ‘Laura Palmer’ treads similar ground but finds it’s shining moment in it’s verses that are even more addictive than the chorus. The title track, however, is a gorgeous throwback to the 90’s with it’s reggae undertones and a beautifully affecting main hook whilst, on the subject of affecting, a personal favourite ‘Overjoyed’ manages to hold it’s own as the strongest ballad, despite tough competition from the striking ‘Oblivion’. It’s success lies mainly  in  it’s trip-hop drum beats and pure, longing chorus that gives free-rein to Dan’s vocals and expert lyrics. Those lyrics are quite something, as is evident in the lexical genius of ‘Things We Lost In The Fire’, easily the stand-out from the non-singles on ‘Bad Blood’ thanks to it’s beautiful piano and strings but mostly it’s glory has to be credited to it’s keen eye on it’s target audiences as Dan sings of the tragedy in losing ‘ticket stubs and diaries’.

The tribal beats that lie beneath the stunning ‘Icarus’ are enough to get things back on track after the good but not great ‘Weight of Living Pt. II) and the Bastille-by-numbers of ‘These Streets’. ‘Icarus’, which the band have been using as their set opener, really does put a new twist on the record – the choruses are still booming, but there is an atmospheric touch that becomes more apparent with repeated listens – sticking it on repeat will also help you appreciate the magnificent evolution the chorus goes under, from a simple two-line hook to a sing-a-long of momentous proportions.

‘Daniel In The Den’ allows for a slightly more experimental song structure and feel, but doesn’t alienate the listener nor stray too far from the tracks surrounding it. ‘Get Home’ meanwhile, closes the standard edition of the opus in a simplistic but slick manner thanks to a set of stellar verses and a familiar-feel to the chorus. It doesn’t quite end there though, as ‘Weight Of Living Pt. 1’ surprises as a hidden track and keeps things, again, very simple with a bit of drumming and layered vocals driving it towards one final monumental hook.

The reason debut albums are so often worth the wait is that they are, essentially, a greatest hits so far of an artist that has only just received some label attention. Coming into the ‘Bad Blood’ album, most Bastille fans will be word-for-word familiar with almost half of these songs and, for those that don’t know them yet, they have a fantastic surprise to look forward to. ‘Bad Blood’ is going to crossover into mainstream success and it will make Bastille a household name, but what matters the most, is that it’s a deserved victory for Dan Smith and the boys – if we have to hear the same songs for the next 12 months, it’s comforting to know that they’re, for the most part, a set of absolute tunes.