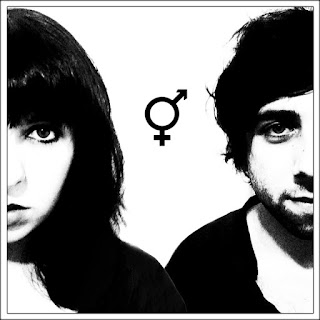 Hi OneGirlOneBoy, thanks for your time.
Thanks for having us.

Firstly, how you both decided to form this project?
We were both in bands for a long time pre OneGirlOneBoy, we were both in a band called Patchwork Grace which is how we met and it was of the rock genre, when that started to fall apart we toyed with the idea of doing a new project with just the two of us. We always wrote a little differently to your generic rock and never set out on a specific genre for OneGirlOneBoy it just came to be naturally and we both love the style its become.

The lyrics can be very deep and introspective – who writes them? Do you sometimes unveil things you didn’t know about each other through revealing them?
I’m the main writer (OneGirl) as OneBoy is the master of all things musical. They’re never intended to be about ourselves except one song that was very specifically wrote about OneBoy … I’m sure you can guess which one from the title.

Nottingham has started to make a name for itself thanks to Dog Is Dead and Jake Bugg breaking through – have you noticed a greater interest in local music thanks to their success?I think within Nottingham there are definitely people championing the scene and local artists which is great as we’ve never been aware of a community as strong. We’ve been around Nottingham for a while and there is a great sense of creating a buzz with people like Nusic doing sessions with new artists, its never been easier to access and be aware of upcoming acts.

What inspired ‘This One Boy’? (As you guys should know, this was one of my favourite songs released last year – it’s gorgeous!)
I actually wrote this song with OneBoy before OneGirlOneBoy was even a twinkle in our eye, he’d written a beautiful piece of music that was emotive and expressive and the pressure was definitely on for me to match that with lyrics, We are very proud of it and I guess it was inspired by being so in awe of one persons ability to make you feel so much through music.

‘Sylvia’ incorporates a taste of dream-pop whilst ‘If This Is Love’ gave a strong feel of indie-rock – would you say there are more sides to OneGirlOneBoy yet to be revealed? We have actually spent the past month writing and there are definitely more sides of OneGirlOneBoy to unveil so watch this space!

Do you forsee a single release for ‘Cut Me Deep’? In my opinion, it brings together all the aspects of OneGirlOneBoy beautifully.
We have worked on ‘Cut Me Deep’ for the past few months and since our little writing spurt, we feel there are newer songs that represent where we are currently a little better, however were not ruling out ‘Cut Me Deep’ it’s still up there for us.

You play a lot in Nottingham but have also started to frequent London – how do the crowds differ? Nottingham’s been great for us and both here and London people really seem to get what were trying to do so they differ very little really.

I’m still in awe of the ingenious way you have incorporated visuals into your live set through TV sets – who came up with that gem of an idea? Should all unwanted TVs, in future, be redirected straight to you?
We both thought about ways to incorporate visuals into the set from projecting images to lighting and we thought visual clips that represent the songs or make you think about them in a different way would be great, we use old school TVs as they’re the most cost effective way of doing this at the moment and they get the point across.

How do you see the live set progressing? Bigger Tvs?
We would love the chance to go mad with the live set, we’d love to make the set into a theatrical piece and have huge backdrops and lighting and of course bigger TVs!

In a world where ‘Marina and the Diamonds’ is a solo artist, might we see OneGirlOneBoy evolving into a larger band with a few more members?
You might yes, were currently exploring this option but we can only push forward if we find the right people so at the moment OneGirlOneBoy is still the two of us.

What are your ambitions for the development of the project? Would you consider signing to a label or are you enjoying the freedom? Obviously to have label backing would really open doors for us to progress with our idea’s for this project as at the moment it’s still very DIY and everything is done by ourselves.

So far, which song(s) do you feel the proudest of?
‘This One Boy’ was a proud moment but some of the newer songs are a massive achievement ‘Dirty Town’,’Wasted’, ‘512’ and ‘Beautiful Mess’ are songs that I can’t wait for people to hear in all their glory.

Who inspired you you started out and who are you listening to now?
For me David Bowie has always been the definition of an artist, he brings characters and charm into his music and performance and I’m kind of stuck in my ways with music as I prefer bands like Portishead and Queens of the StoneAge and they’re what I’m currently listening to. OneBoy however listens to anything that he thinks sound’s great, the band that inspired him to pick up a guitar are Nickleback but he loves pop and listens to anything from Beiber to Guns and Roses.

Jake Bugg?He’s got a charm to him and I think ‘Lightning Bolt’ was great song but I think his little rants about other artists are undeserved everyone has their opinion on music but to outright slag off a band that are a worldwide success is bit much for an artist that is pretty new to the industry.

Beyoncé?Single Ladies is one of my favourite videos of all time!

Finally, any messages for your supporters and fans?
Thank you for supporting us and visit www.onegirloneboy.com for news and upcoming gigs. Big Love!

Thanks so much – it’s been a pleasure!
The pleasure is ours.

Sylvia is released on the 18th March, check out the video below.